Roy had joined BJP in November 2017 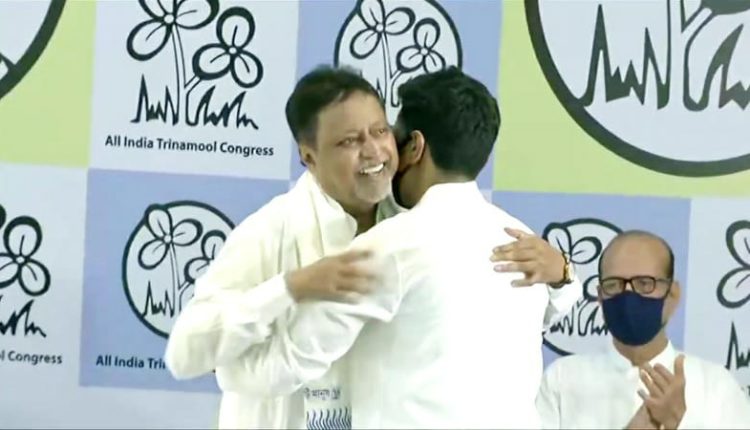 TNI Bureau:  Putting an end to all speculations, Mukul Roy and his son Subhranshu finally joined the Trinamool Congress (TMC) on Friday .

The top leaders of the party including Abhishek Banerjee, Subrata Mukherjee, Partha Chatterjee and the Chief Minister and party supremo Mamata Banerjee were present in the event. Roy was felicitated by Abhishek Banerjee.

Mukul Roy was one of the founding members of the party (1998). He was one of the leading causes of TMC’s win in 2011. Since then Roy has captured an iconic figure in Bengal Politics. But following a clash with the Chief Minister, he resigned and went to BJP in 2017. The departure of Mukul Roy was as shocking for the party as Suvendu Adhikari’s exit in 2021.

Several months before the vote, one after another TMC leaders were turning against their own party. A number of leaders including Suvendu Adhikari, Rudranil Ghosh switched to BJP from TMC. The BJP has never been such a strong opponent in West Bengal before this year.

But Bengal refused to change colour so quickly like the so-called political leaders. BJP lost the elections. They couldn’t even get half the majority. Now, when Mamata Banerjee has reclaimed the throne of Chief Minister, it was expected that some of the leaders who switched parties in the greed of power to repent.

The first to occupy the headlines is none other than Mukul Roy who returned to TMC once again. West Bengal seems to be seeing real “khela” (match) as the slogan goes Khela Hobe (Play on)!

Things to know about ECMO Treatment