Insight Bureau: BJP stalwart in Bari in Jajpur district, Biswaranjan Mallick, had resigned from the primary membership of the party, citing his inability to carry on the responsibilities assigned to him and his associates. He is all set to join the BJD, if we believe the sources.

Biswa had joined BJP in 2017 after quitting the Congress. He had contested the 2019 elections from Bari on BJP ticket, but lost to BJD candidate Sunanda Das by a narrow margin of 4062 votes. 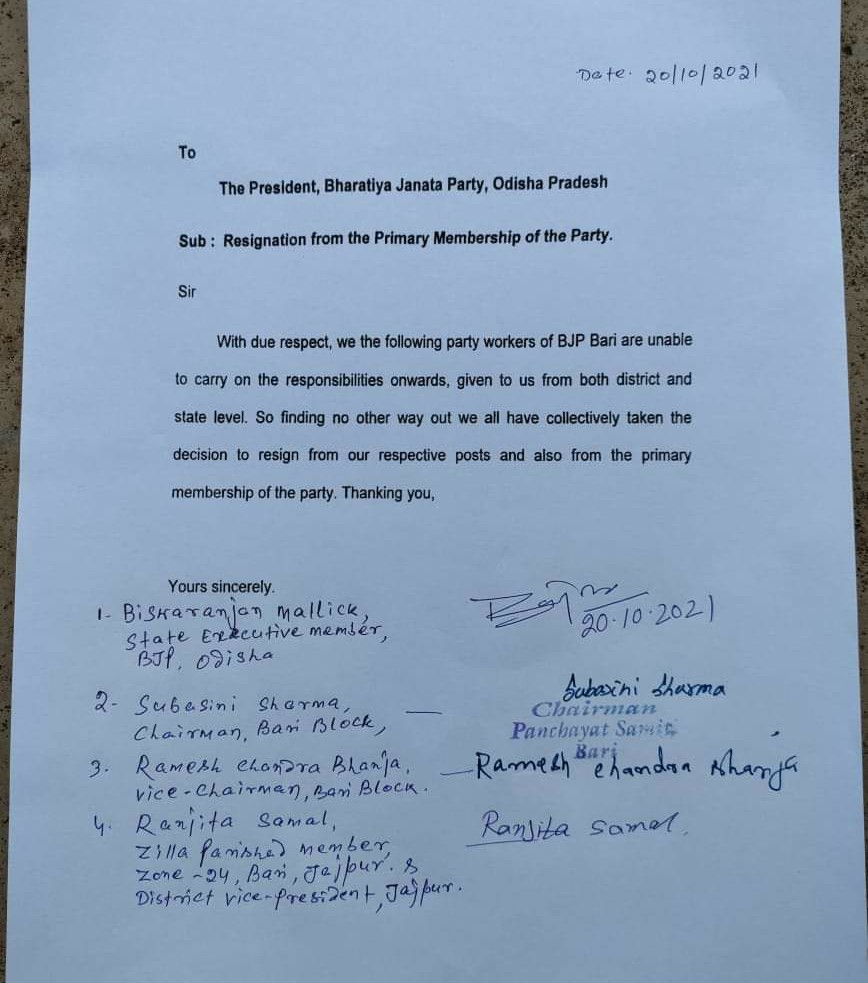