TNI Bureau:  The Block Development Officer of Jharigaon in Nabarangpur district is suspended. The order came from the Panchayati Raj and Drinking Water department. He is charged of irregularities in toilet construction.

He is involved in the alleged misappropriation of entitled money of Individual household latrine (IHHL) scheme under Swachh Bharat Mission.

During the period of suspension he should not leave the Head Quarter without prior permission of the PDDRDA Nabarangpur. 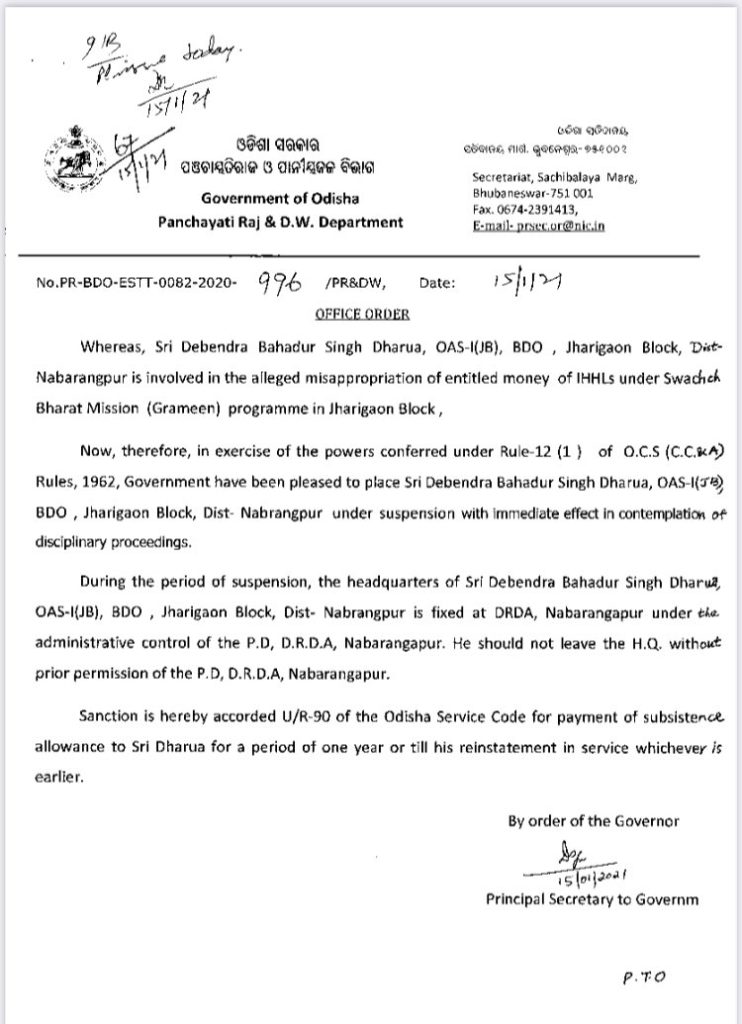