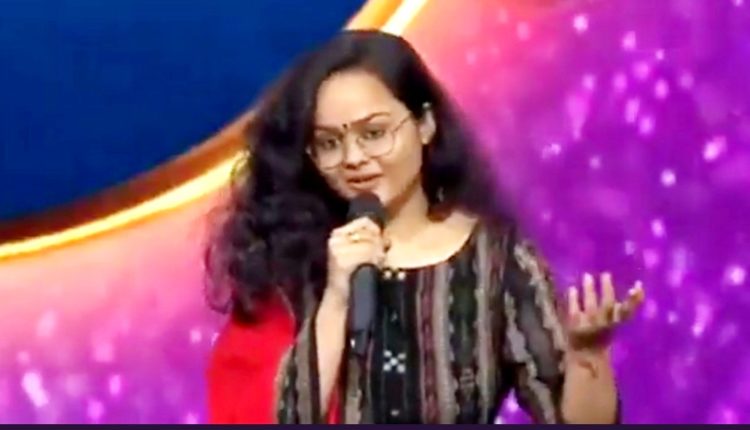 Insight Bureau: Odia girl Sthitipadma’s reply on ‘Sa Re Ga Ma Pa’ stage about Rasagola, has gone viral while Odias across the State hailed her for her smart and bold stand.

Who owns Rasagola? That’s the question asked by Himesh Reshammiya to Odia girl Sthitipadma from Cuttack, who was participating in the audition in Mumbai during September last week. Himesh wanted to know the response to other Bengali contestants, who boasted that Rasagola belongs to Bengal.

The reply from Sthitipadma was epic, which won the hearts. “Jai Jagannatha, Rasagola Amara. The discussion ends here”, she uttered as the judges were stunned to see her confidence.

When the Judges drew her attention to the claims made by Bengali Contestants, she said, “Rasgulla may be from Kolkata, but Rasagola is from Odisha only. And, we won’t respond to any arguments here”.

Although Sthitipadma failed to make the final cut in the show, she won the hearts.