India ups the ante on LAC after securing its Army Personnel 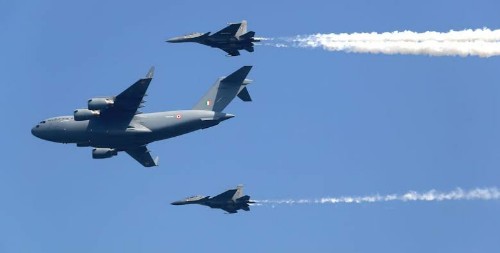 TNI Bureau: The Indian Air Force has been put on a high alert on the Line of Actual Control following the deadly clash in Galwan Valley where 20 Indian Army Jawans lost their lives in a planned and premeditated attack by the Chinese. 76 others Jawans are injured and treated at hospitals.

As China has preferred to hide the number of injured and casualties, the exact figure remains unknown. However, Senior Journalists in China have confirmed that there were casualties on the Chinese side too.

As per the reports by Indian Express, The Hindu, Print, Times of India, India Today and many other top media houses, at least 10 Indian Army Personnel (including 4 top officers) who had been in Chinese custody since Monday night, were released last evening after a series of hectic negotiations.

Air Force Chief RKS Bhadauria visited Leh to take stock of the situation after a high level meeting with the Chief of Defence Staff Gen Bipin Rawat and Army Chief Gen MM Naravane. Fighter aircrafts are on a high operational alert along the borders with China.

The IAF has moved its fleet of Mirage 2000 engaged in 2019 Balakot air strikes near the Ladakh region. The Su-30s have also moved forward to locations from where they can reach Ladakh quickly if there is a need. The Apache attack helicopters and Chinook choppers are deployed in Ladakh.