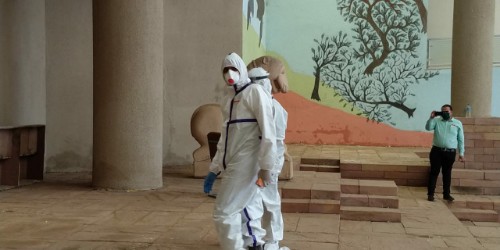 He came to the assembly complex in an ambulance and was the last person to vote. The entire assembly premises were sanitized after he left.

Both BJP and Congress have fielded two candidates each for the 3 seats in the Upper House. Neither side wanted to take any chance and presented their members in full strength. It is believed that BJP would manage to win 2 seats, while Congress may have to be content with 1 seat.

India ups the ante on LAC after securing its Army Personnel

IPICOL, FICCI sign MoU to boost next edition of Make in Odisha conclave