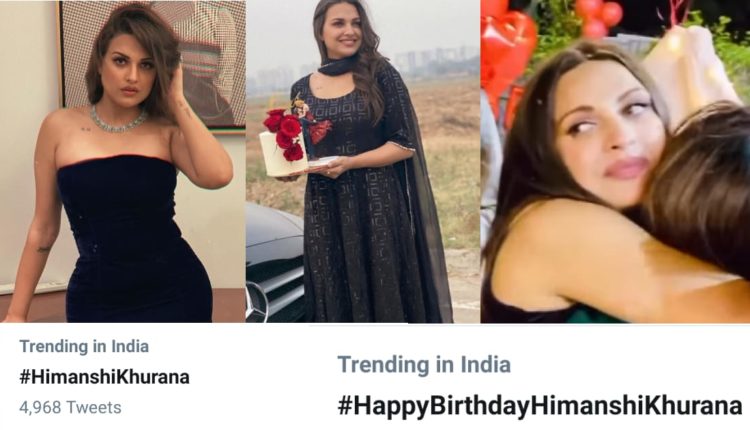 Known Punjabi Actress and Singer, Himanshi Khurana turns 29 today. The Bigg Boss 13 contestant has been a part of the Punjab Entertainment Industry for years now since the year 2010.

Himanshi Khurana is a very popular name in Punjab. At the age of 16, she started her professional career as a model and bagged some famous titles. Then she made her debut in Punjabi Music Industry with the song “Jodi- Big Day Party”. Since then, a lot of her songs got huge success and made her fans groove on her songs.

After glorifying Punjab Entertainment Industry, the Singer and Model entered the last season of the famous reality show Bigg Boss. She clearly made her presence felt on the show and has also become part of some famous controversies during her stay in the show.

Khurana has also made Headlines over her relationship with co-contestant and BB13 runner-up Asim Riaz. The duo has been very open about their relationship status and also have worked together after the show. Riaz has also been seen cheering in her Birthday Celebrations today as she turns 29. And the fans can’t stop gushing over the videos from her Birthday Party.

Since Morning, Himanshi has got enormous wishes and love from her fans. Her Die heart fans have flooded the Social Media with her pictures, birthday wishes, collages, and videos. Undoubtedly the fans are very excited about her Birthday and are making the day special for the singer.

Various videos of her Birthday Celebrations with her family, friends, and Beau Asim Riaz also got viral on social media. In the viral videos, she was spotted in a beautiful Black Dress enjoying cake cutting and fireworks with her team. In another video, Himanshi was seen getting emotional while hugging her friend.

Surprisingly, fans’ excitement over her Birthday is not only limited to the wishes and messages. But they hailed Twitter with her trend for hours and are still working on it in the same spirit.

The Punjabi Singer and Model unquestionably enjoys a huge fan following for her outstanding contribution to the Entertainment Industry over the years.

Wishing Himanshi Khurana a Very Happy Birthday and an amazing personal and professional life ahead.