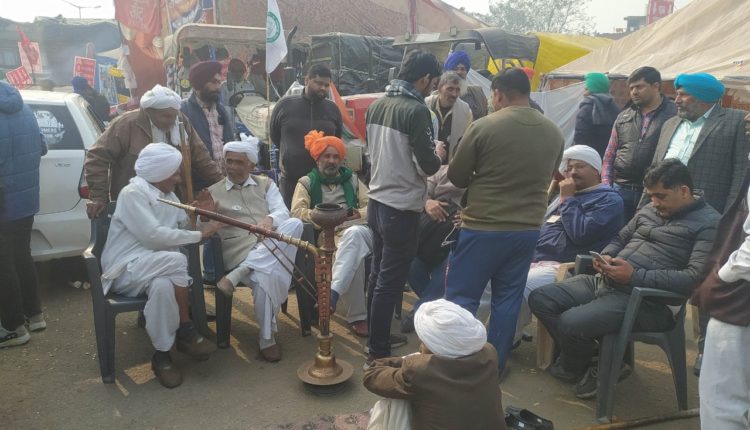 TNI Bureau: Amidst the bleak chilly winter, the farmers are likely to continue their protest unless the three farm laws are being repealed. Approximately hundreds of tractors left the Tikri border, heading towards Shahjahanpur (Delhi-Jaipur highway).

Without expecting any promised outcome from the proposed meeting between the central government and the farmers tomorrow, the Bhartiya Kisan Union (Ugrahan) launched ‘Chetna Yatra’ or ‘Awareness Campaign rally,’ from Rohtak-Delhi highway to Shahjahanpur-Khera border, Rajasthan.  The rally is conducted to engage the locals and put pressure on the central government to repeal the three contentious farm bills. The three farm bills would enable corporate biggies to capture the agriculture industry, they argue.

The leader of Sanyukt Kisan Morcha, Ashok Arya, ensured that the special arrangements were made for the farmers at the border of Shahjahanpur.

Approximately, 1400 tractors and trolleys travelled from village to village assembling locals from the areas of Rohtak, Jhajjar and Rewari, three districts closer to Delhi. The itinerary included a stay at the Tikri border before hitting the road for two days and concluding the journey on Monday at the protest site of the Shahjahanpur border. The awareness campaign is aimed at reaching out to the people from the villages who couldn’t visit or take part in the protest site due to personal reasons.

The farmers have also planned to march towards the governors’ houses of different states to show their solidarity against the three farm bills on January 23, 2021. However, on the Republic Day, the ‘Tractor Kisan Parade’ will be conducted.

It can be noted that British PM Boris Johnson will be on a visit to India to attend the Republic Day Parade as a Chief Guest on January 26, 2021. One of the leaders of the Farmers’ Union indicated that the protest would be peaceful, and they would stay at the borders of Delhi unless the government met their demand.

The first five rounds of talks between the government and farmers remained inconclusive followed by the sixth round where the government addressed the two-issue out of four. The government spared them from paying heavy fines for stubble burning and continue subsidising for agricultural use.

Universities & Colleges in Odisha to open from Jan 11