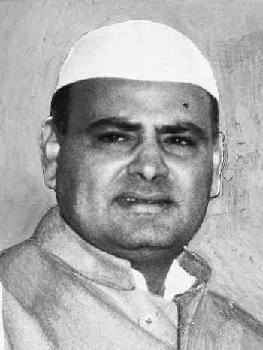 TNI Bureau: He was a freedom fighter, inspired by Gandhi. He dared to call a spade a spade. He once termed Indira a ‘Fascist’ in front of Jawaharlal Nehru. He was perhaps the 1st Whistle blower in Independent India.

He brought huge embarrassment to Nehru Govt by exposing the nexus between politicians and industrialists (Dalmia Scandal in 1955 & Haridas Mundhra Scandal in 1958).

He was not ‘Khan’ as BJP MP Parvesh Verma said in the Parliament. He was Feroze Gandhi (born as Feroze Jehangir Ghandy). Feroze was born to a Parsi Father & Hindu Mother.

Feroze Gandhi was a Freedom Fighter, Politician and Journalist. Being inspired by Mahatma Gandhi, he had changed the spelling of his surname from “Ghandy” to “Gandhi”.

Feroze’s marriage was held as per the Hindu rituals. That’s it. After his death in 1960,  he was cremated and his ashes interred at the Parsi cemetery in Allahabad.

There is a difference between Parsis and Muslims. Parsis follow different religion – Zorashtrian, not Islam. Parsis were persecuted by Muslims. The names are similar as they emigrated from Iran to India. They are listed in CAA 2019 too.

Feroz’s father and grandfather were proud Parsi. Feroz’s Gandhi’s father Sir Jehangir Ghandy was an Indian businessperson who is credited with building Tata Steel at Jamshedpur.

Let’s not insult our Freedom Fighters by calling them by wrong names and spreading lies as part of propaganda.