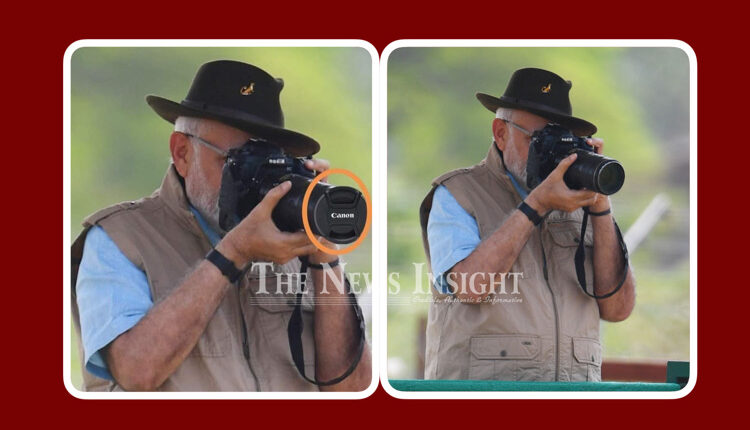 TNI Bureau: Trinamool Congress MP Jawhar Sircar courted controversy tonight when he tweeted the photoshopped image of PM Narendra Modi from Kuno National Park where he was seen as clicking the photos with camera lens covered.

It’s not clear who photoshopped the image first, but it went viral on Social Media. The BJP leaders and followers were quick to point out the error. While the camera used by Modi to click the photos of Cheetahs was of Nikon brand, the lens cover was of Canon.

Such a bad attempt to spread fake propaganda. @MamataOfficial ..hire someone better who can atleast have common sense. https://t.co/rPgNb3mmM0

That clearly proved that the image was photoshopped with a malicious intent. Also, a clear look at the original video has proved beyond doubt that PM Modi did clicked the photos without lens cover.