He is the only player to have scored over 500 goals in his career. 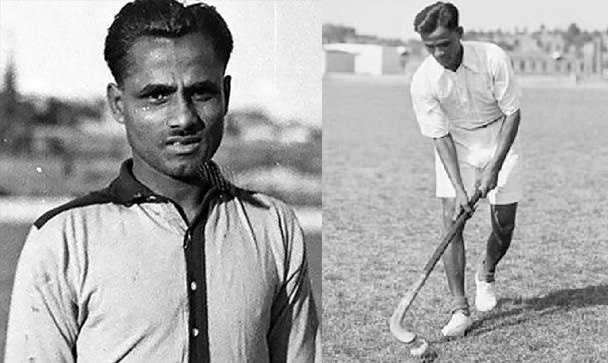 Insight Bureau:  Hockey Wizard Major Dhyan Chand was a Legend.  In Holland (The Netherlands), they broke his hockey stick to see if it contained a magnet; in Japan, they determined it was glue; and in Germany, many believed it was crafted by Merlin himself.

Major Dhyan Chand  was largely considered as one of the best in the sports history. He was noted for his incredible goal-scoring prowess, as well as three consecutive Olympic gold medals in field hockey in 1928, 1932, and 1936, at a period when India dominated the sport. India won the field hockey event in seven of the eight Olympics from 1928 through 1964, thanks to the foundation laid by Major Dhyan Chand.

According to Dhyan Chand’s autobiography, Goal, he played internationally from 1926 until 1949, scoring 570 goals in 185 matches. Dhayn Chand was given the Padma Bhushan, India’s third highest civilian honour, by the Indian government in 1956. Every year on August 29, his birthday is observed as National Sports Day in India. The Khel Ratna Award, India’s top sporting honour, has been renamed after Major Dhyan Chand in 2021.

The newly founded Indian Hockey Federation (IHF) started plans to send its strongest possible team to the 1928 Amsterdam Olympics after successfully campaigning for the reintroduction of field hockey to the Olympics. To choose the squad members, an Inter-Provincial Tournament was organised in 1925. The inaugural nationals included five teams. Chand received Army permission to play for the United Provinces squad.

Dhyan Chand, the centre-forward, and Marthins, the inside-right, played exceptionally well together in the team’s opening game of the competition. Chand’s excellent stick-work drew a lot of attention. His incisive dashes and smart passes appeared to guarantee him a spot on the Olympic team.

Following successive Olympic victories in 1928 and 1932, the Indian team landed in England and went on a busy tour that began on September 2 and included nine matches in various nations over the course of a fortnight.

The team then travelled to Sri Lanka and India, where they played a lot of matches in order to cover their expenses. India had played 37 matches at the end of the trip, winning 34, drawing two, and abandoning one. Chand was responsible for 133 of India’s 338 goals.

Only ten hockey players have scored more than 200 international goals, with Major Dhyan Chand leading the way with 570 goals.  He was followed by Sohail Abbas of Pakistan with 384 goals who is further followed by Jorgi Lombi of Argentina, Paul Litjens of Netherlands, Greg Nicol of South Africa, Jamie Dwyer of Australia, Bjorn Michel of Germany, Taeke Taekema, Teun De Nooijer and Floris Jan Bovelander of Netherlands.

He is known in India as “Hockey ka Jaadugar,” which translates as “Magician of the Game of Hockey.”

The IHF agreed to send a squad to New Zealand in the new year in December 1934. Dhyan Chand and his brother Roop Singh were chosen right away. When Manavadar’s Nawab, Moinuddin Khanji, declined to play, Dhyan Chand was named captain. The squad played 48 matches in the following trip, 28 of which were in New Zealand and the rest in India, Ceylon, and Australia. India won all of their matches, scoring 584 goals while only allowing 40. Chand participated in 23 of the 48 games and scored a total of 201 goals.

Dhyan Chand retired as a lieutenant from the Indian Army on August 29, 1956, after 34 years of service. The Padma Bhushan, India’s third highest civilian honour, was bestowed on him by the Indian government the same year.

In honour of Dhyan Chand, the Indian government has produced a commemorative postage stamp and a First Day Cover. He is the only Indian Hockey player to be honoured with a stamp.

Only 10 Hockey players have scored more than 200 international goals.