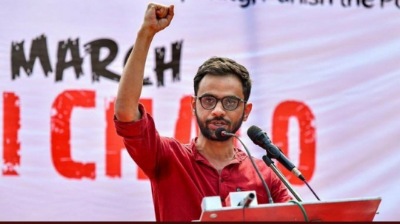 Umar was arrested last night following hours of questioning. Earlier, he was questioned on July 31 and his phone was confiscated.

The Delhi Police will soon file a chargesheet against him.

An FIR was filed against Umar Khalid on March 6 on the basis of inputs provided by an informer. The informer reportedly told the Police that Khalid and his associates hatched a conspiracy and have provocative speeches to incite people and appealed them to hit the streets and block the roads during Trump visit to portray India in a bad light on the global arena.

The FIR also stated that firearms, petrol bombs, acid bottles, and stones were stored at homes in Kardampuri, Jafrabad, Chand Bagh in North East Delhi as part of the conspiracy.