Modi had the last laugh 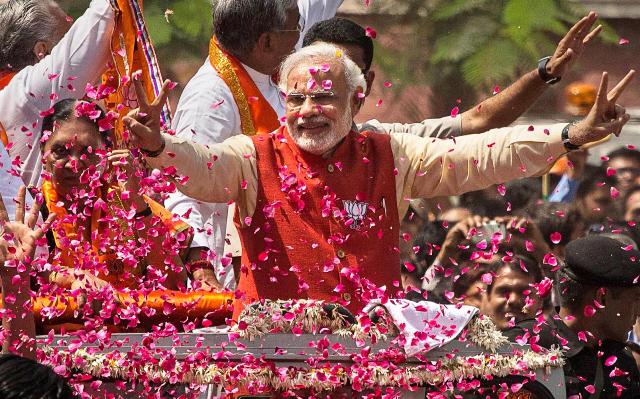 By Sabyasachee Dash: It can’t be anything but a mere coincidence when the USA & Bihar went to polls almost at the same time. Though the outcome turned out to be in opposite direction, yet no news should be made from it in the absence of an organic link between the two elections. It’s just that, both the polls were observed with identical yardsticks and anti-incumbency was held to be the principal factor.

Since domestic priority overwhelms and also determines overseas priority, it is pertinent to restrict our reflection here on Bihar. Notably the increase in opposition’s cynicism quotient may not have been adequate in securing defeat of NDA and interestingly majority of pollsters almost “won” the election for MGB.

While the exit poll practically can seldom be a red herring but certainly it’s an enabler for intensely engaging conversations in TV studios and often the viewers tend to get colored with the overriding perceptions created through the course of the so-called analytic exercise.

In this case, the actual election result did not resonate with exit poll outcome and again that’s absolutely fine; be that as it may.

Looking at this poll calmly and dispassionately, one would for sure acknowledge that popularity of PM Modi still remains intact. The geographical expansion for the BJP is still on track no matter what the campaigns are.

This may be a fitting occasion to remember that though ours is a multiparty democracy, in practice binary scenarios has been in existence effectively for all these decades. Only shift has occurred, earlier it was the Congress vs rest now its Modi vs rest. One may attribute this as narrowing down or partial degeneration in the public discourse but that has been the political reality beyond ambiguity.

Experts believe unlike the past when states like Bihar assumed enormous significance in national political landscape by drawing inspiration from the exit poll results, there was no hesitation to characterize this mandate (in favor of MGB) as a referendum against Modi Govt.

According to the result, clearly the state got divided right in the middle. It was only during counting, PM Modi and Nitish Kumar combo package prevailed over the grand alliance which is a cocktail of different ideological convictions. At one point of time, Nitish Kumar even tried to connect emotionally by saying it’s going to be his last election in his political career without realizing that may backfire. Later his aides clarified, he meant it was his last election campaign. All said and done with Modi joining the campaign with the double engine slogan, people of Bihar decided the way they did.

During post-election analysis, there was a debate over AIMIM’s role in changing the equations in the State. AIMIM was accused of consolidation of Muslim votes that went against the MGB. They were almost decimated in that crucial 3rd and final phase.

While Owaisi’s AIMIM was accused of damaging the prospects of MGB, Chirag Paswan’s JD(U) was accused of causing damage to JD(U) making it the No. 3 party in Bihar and a junior partner within NDA.

Incidentally Bihar is the only state in North India where the BJP never had a CM of its own. Paradoxically this election result gives the BJP an undisputed opportunity for appointing its CM but the original arrangement which outlines, irrespective of result, on NDA wining, Nitish Kumar will be the CM is honored. That’s a great take away in an age of coalition politics.

The pathetic performance of the Congress was another key reason for MGB’s defeat. It fought in 70 seats of which it could barely win 19 and that’s really bad by any standard.

Surprisingly what is less spoken about is the core development agenda of the central government which electorates in Bihar relied on strictly as the election outcome suggests. Undoubtedly Bihar is a key state and has a sizable backward category region which may have seen electricity, sanitization facility, cooking gas connection for the first time ever.

These utilities are something transformational in nature leading to a drastic change in the living standard. Naturally it would have had defining effect on people during exercising the franchise. This is the first major election after the onset of the pandemic and as such assumes importance on evaluation of handling the crisis.

Arguably there have been instances of lapses while dealing with migrant crisis and the state in question is home to millions of migrant workers causing disappointments; however that did not reflect in this election mandate to a level it was apprehended in many quarters. It could lead to one of the conclusions, people of Bihar were keen to decouple the picture of greater India which is pro development from the traditional narratives of caste and appeasement politics which used to be the hallmark of state election.

This thrilling story of election may be wrapped up on a pleasantry note by referring to the recent social media viral on BIHARI. Here BI stands for Biden and HARI stands for Kamala Harris. Winners are BIHARI in both the elections and PM Modi must be smiling.