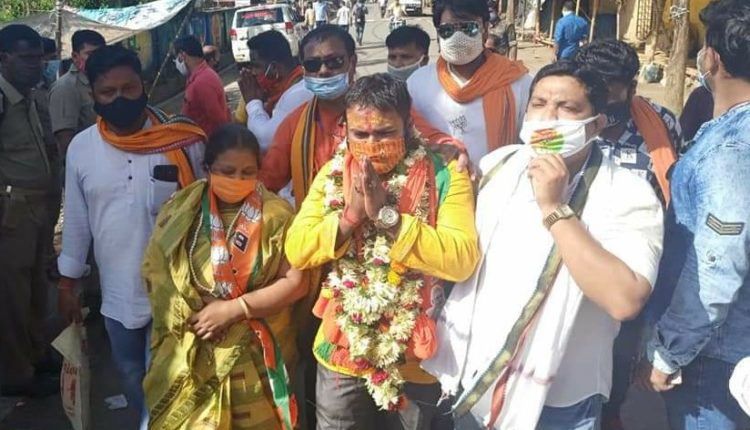 TNI Bureau: While the BJP is trying hard to retain the Balasore Sadar seat, which is linked to its prestige, BJD has gone aggressive to counter BJP’s strategy here.

From the Day 1, BJP has designed its strategy on emotional plank. Wife of deceased MLA Madan Mohan Dutta (Mangu), has been relentlessly moving around the Constituency, seeking blessings (votes) for her son Manas Dutta (Mintu).

As the poll battle has intensified further with a few days to go, Premalata Dutta has written an emotional letter to people of Balasore Sadar that has gone viral on Social Media.

While listing the achievements and hard work of her late husband, he appealed the people to bless her son so that he can carry forward his father’s legacy.

The grieving mother writing the letter with tearful eyes and striking an emotional chord with the people, may help Manas Dutta although the BJD is doing exceptional work at the grassroots level not to give an inch to the BJP. 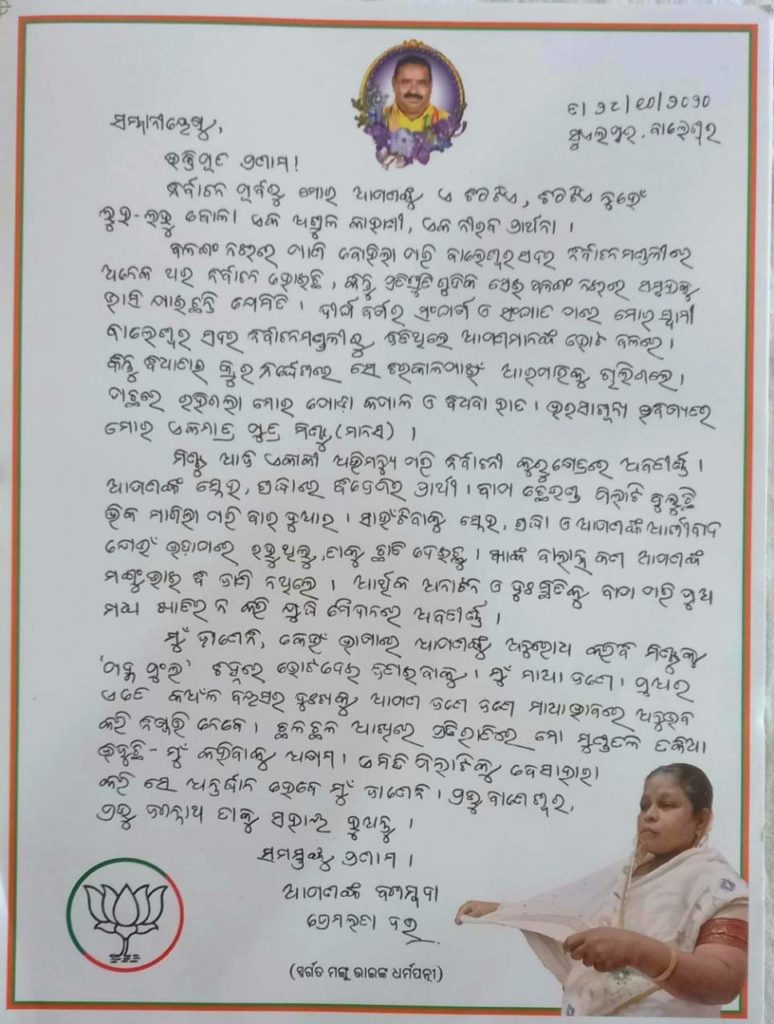