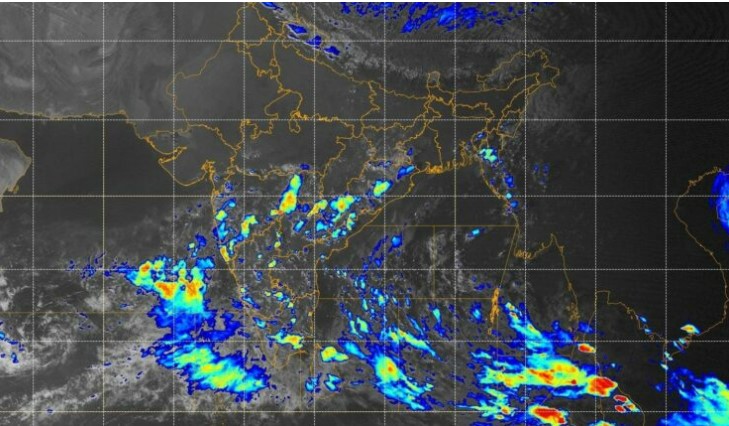 Share
TNI Bureau:  The India Meteorological Department (IMD) said on Tuesday that a low-pressure area over the Bay of Bengal is likely to intensify into a cyclone after October 22.
The storm will be named ‘Cyclone Sitrang’, named by Thailand, in case the system intensifies into a cyclonic storm. Ahead of the storm, the Odisha government cancelled the leave of its employees from October 23 to 25 as a precautionary measure ahead of Cyclone Sitrang.
Related Posts

At an emergency meeting convened by the Special Relief Commissioner In-Charge Satyabrat Sahu today, clear instructions have been given to the District Collectors to remain alert in view of the possible cyclone.
Leaves of Government employees has been cancelled and they have been asked to remain present in headquarters, informed Odisha State Disaster Management Authority (OSDMA) Executive Director Gyana Das.
The Odisha Government directed its officials last week to prepare for possible cyclones over the next two months despite no such forecast by the weather department. During a state-level cyclone preparedness meeting last Monday, Chief Secretary SC Mohapatra directed officials to take all precautionary measures.
Bay of BengalCyclone SitrangIMDIndia Meteorological DepartmentLow PressureOdisha
Share FacebookTwitterWhatsApp