Captain given Hero’s Welcome in Junagarh

Interestingly, Dibya Shankar Mishra was surrounded by women, who garlanded him and chanted slogans in his support. 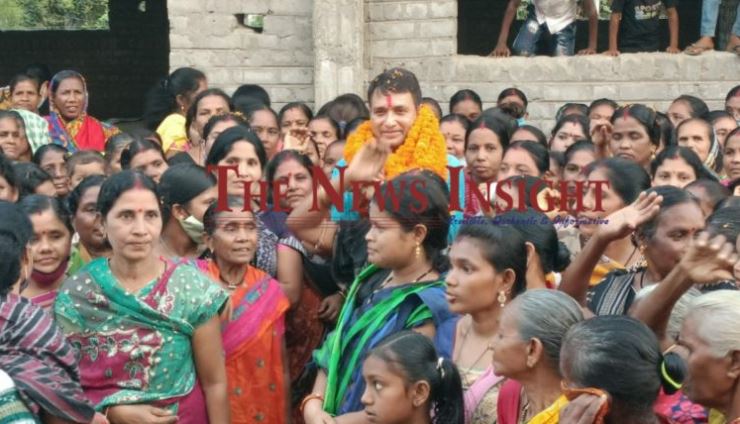 Interestingly, Dibya Shankar Mishra was surrounded by women, who garlanded him and chanted slogans in his support. Hundreds of women stood on the streets to greet the Captain, who is under attack and facing serious allegations in Mamita Meher Murder Case.

The message was loud and clear. BJD will vociferously defend Dibya Shankar without bothering about the opinion of Media, Opposition and Public. They are ready to face this situation with Dibya, not without him. They are also confident of turning the tide in his favour in the end.

In the last 3 days, 3 major developments have taken place. First, Captain Dibya Shankar Mishra broke his silence and issued a statement, claiming innocence and threatening some media houses. Next, he went with the Collector & SP to review the preparedness for CM’s upcoming Kalahandi visit.

Finally, he landed in Junagarh to project himself as the ‘Saviour of Women’ and succeded in his goal with full support from the party. Both CM Naveen Patnaik, his trusted lieutenants and Dibya Shankar Mishra proved all political pundits and media houses wrong, who were waiting for the Minister’s resignation.

If we analyse the latest developments, it’s highly unlikely that he would resign anytime in future, as BJD does not want to be on the defensive ahead of Panchayat & Urban Polls. They will make every attempts to go aggressive and strongly confront their rivals and detractors.

Seems, the Dibya Shankar Mishra issue is over as on today. He will continue to have the last laugh until something very substantial and undeniable evidences come up against him. As long as the issue remains alive, it will help the Opposition to gain some ground too.