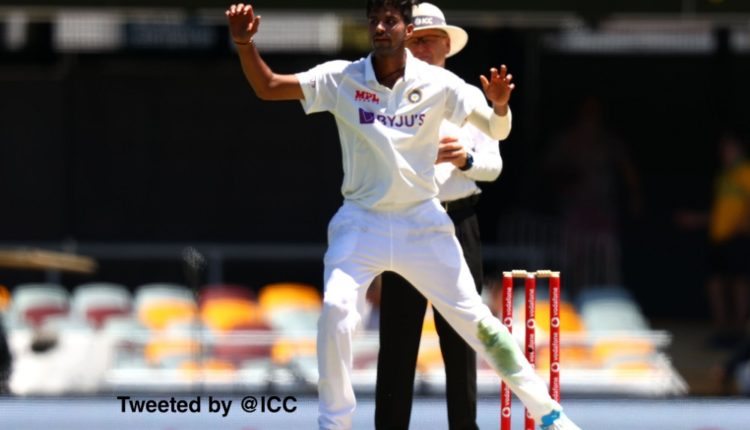 TNI Bureau: Australia bowled out for 369 in the first innings of 4th and final Test match at the Gabba, Brisbane.

Debutant T Natarajan, who became the only Indian cricketers to make international debut in all formats of the game during the same series, impressed in the longer format too with 3/78. He claimed the wickets of Marnus Labuschagne, Matthew Wade and Josh Hazlewood.

Another debutant Washington Sundar too impressed with 3/89. The all-rounder claimed the wickets of Steven Smith, Green and Lyon. Shardul Thakur too took 3 wickets.

The Indian batsmen need to apply themselves well to give a tough fightback to the Kangaroos on a pitch at Brisbane where they have not lost for 33 years (since 1988).