The “Brahmapur Puri Upma” exclusive outlets have now even come up at various places in Hyderabad proving that the Odisha’s food items have their own elitism over their counterparts in other states. 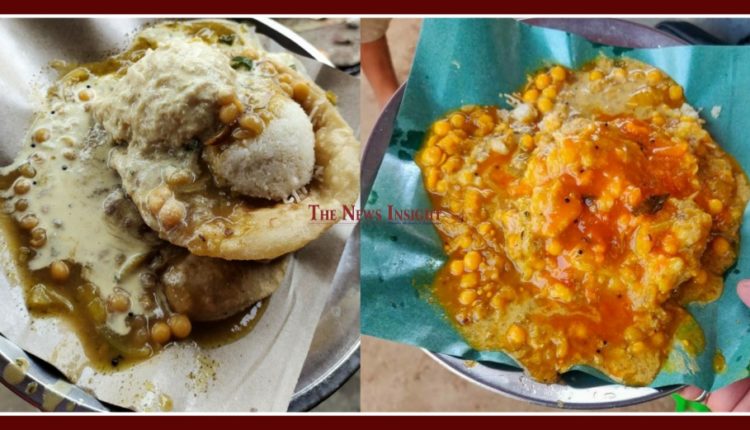 Insight Bureau: Brahmapur-the largest city in South Odisha- is familiar as the melting-pot of Southern and Eastern cultures of India. With its oldest municipality, dating back to the year 1867, the city has won numerous awards for being the cleanest city. As diversity is rightly the soul of Indian culture, this picturesque but ancient city, situated within the 25 kilometers proximity of the River Rushikulya, is home to heritage monuments, elite educational institutions, hectic trading, and mouth-watering culinary.

“When the trains reach Brahmapur in the morning hours, the travelers set the clocks in their minds that it is their breakfast time. The alarm goes off as the train halts and they simply jump out of the doors to buy Puri with tasty curry. The mouth-watering fried items like Bara with Chutni are the most in-demand delicacies at the railway station as invariably women look out of the train windows for Upma- the traditional Southern breakfast item to win the hearts of millions”-Says an excited Ankita Kanungo, who is a regular traveler to various destinations of Southern and Western India.

Described as the city of food, the place serves as the perfect destination for foodies as it houses many famous restaurants. The delicacies are exquisite in their own rights as their fame has spread far and wide. The “BrahmapurPuri Upma” exclusive outlets have now even come up at various places in Hyderabad proving that the Odisha’s food items have their own elitism over their counterparts in other states.

“Literally speaking, Brahmapur serves as the estuary of Andhra Pradesh’s and Odisha’s cultures. Over a long period, the intermingling of two cultures has resulted in tremendous development of food items. The place has literally stayed a fertile ground for experimentation for better food products, resulting in superiority in tastes. The city is one and only destination for satisfaction of your taste buds. And the future of such richness of food items is definitely great”-Says Uma sankarSahu- a native of Brahmapur city.

As the battle rages on for the GI tags of food items, the city is poised to take an international stand in bringing up world-class food items. The place now stands transformed with its ultra-modern amenities as people from rest of the nation visit the place on occasions of religious fervors and as a destination for viewing natural beauty and ancient monuments, surrounding it. As the junction of two prominent cultures, the city is doubtlessly the future destination of food, heritage and tourism lovers.