Pari was abducted and murdered in July 2020. 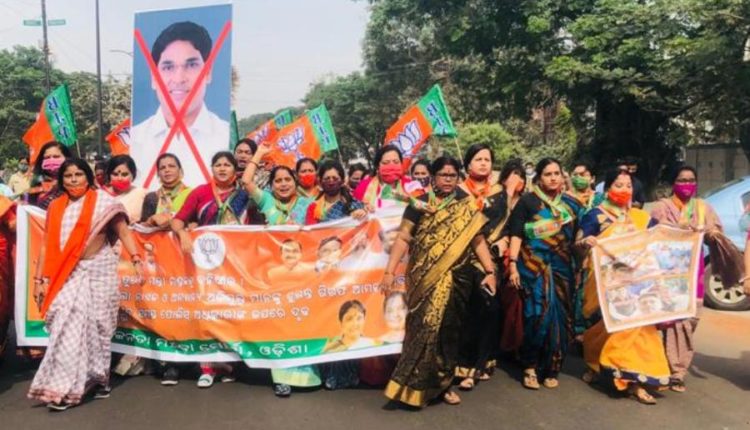 TNI Bureau: The BJP Mahila Morcha in Odisha hit the streets today demanding removal of Odisha Agriculture Minister Arun Sahoo from the Cabinet in connection with the ‘Pari’ abduction and murder case.

Minister Arun Sahoo is accused of shielding the accused in this sensational case that occurred in July 2020.

‘Pari’ was abducted and brutally murdered in Nayagarh district. After being denied justice, her parents tried to self-immolate themselves outside the Assembly. They alleged that Arun Sahoo is protecting the accused and that’s the reason why police is not acting properly.

A viral audio conversation between Arun Sahoo and a Sarpanch Soumya Ranjan Pradhan has put the Minister in the dock. His supporters have alleged a bigger conspiracy to malign him.

Meanwhile, the Odisha Government has ordered a Crime Branch probe into the Pari murder case.