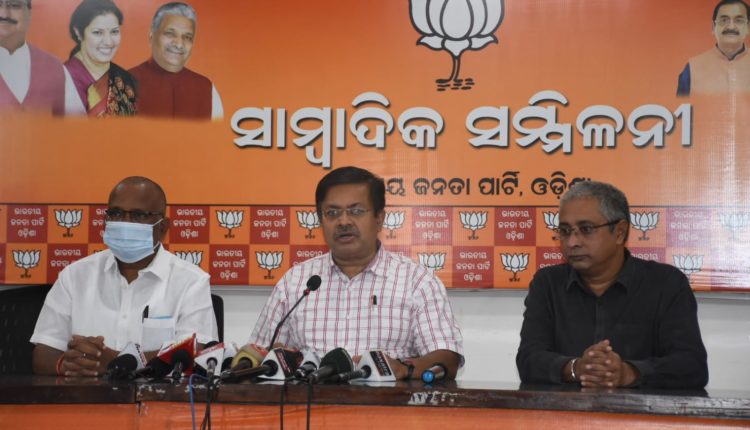 Insight Bureau: The Bharatiya Janata Party (BJP) has decided to launch an offensive against Chief Minister Naveen Patnaik over his decision to launch BSKY Health Cards in Kalahandi while maintaining a stoic silence in Mamita Meher Murder Case.

As the CM is scheduled to visit Kalahandi on November 8, BJP has decided to burn the effigies of Naveen, MoS (Home) Captain Dibya Shankar Mishra and Law Minister Pratap Jena at all 314 Blocks, all NACs and Municipalities across the State.

The BJP observed that CM Naveen Patnaik is adding insult to injuries of people who are seeking justice in Mamita Meher murder case. “Instead of sacking Dibya Shankar Mishra from the Cabinet, the CM is visiting Kalahandi to gain political mileage,” it said.

“The social boycott of CM Naveen Patanik will begin on November 8 and will continue indefinitely till Dibya Shankar is dropped from the Cabinet and Mamita Meher murder case is handed over to the CBI,” declared BJP. The party also appealed the people to join the ‘social boycott movement’ against the Chief Minister for a greater cause.

Meanwhile, the BJD has accused the BJP of doing “cheap politics” on this issue. The party has asked the saffron party to wait and see the law taking its own course rather than politicising the matter.