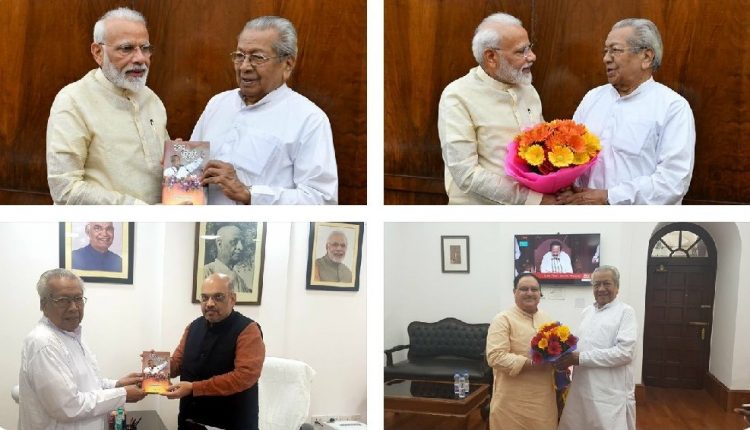 TNI Bureau: It’s official! Veteran BJP leader and former Odisha Minister Biswabhusan Harichandan has been appointed as the Governor of Andhra Pradesh. It was confirmed through a press Communique from the Rashtrapati Bhawan.

On July 2, 2019, our Editor Sagar Satapathy had tweeted the photos of Biswabhusan meeting PM Modi, BJP President Amit Shah & Working President JP Nadda, expressing hope that the veteran BJP leader is rewarded with a Governor’s post. The announcement was finally made today.

Hope he is rewarded with a Governor's post soon. He deserves this honour. It would be a proud moment for #Odisha . pic.twitter.com/pui8sp0mJb

The 84-year-old Biswabhusan was elected to Odisha Assembly for 5 times from Chilika and Bhubaneswar. He also served as a Cabinet Minister in the BJD-BJP coalition government under CM Naveen Patnaik.