Ban on Chinese Apps a Pressure Tactic against China! 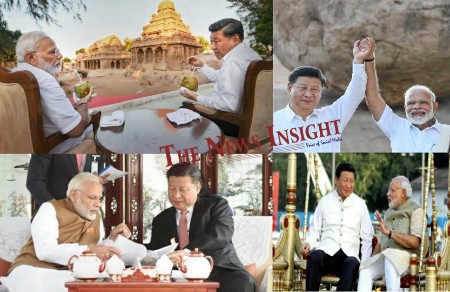 TNI Bureau: China has already shown its true colors in Galwan Valley. Despite best possible efforts from the Indian Government, the Chinese are not budging. They have adopted a tough stand and not retreating from the LAC even after a series of talks which still continue.

With the domestic pressure building up, PM Modi had to act tough, as he was the one who met the Chinese President Xi Jinping 18 times in 6 years, visited China 5 times and allowed China to invest heavily in Gujarat and elsewhere in the country. The Chinese betrayal in Ladakh is a personal setback for Modi and he won’t let it go easily.

After the 1962 debacle, Nehru had admitted his mistake and failure to read the Chinese. He ignored sane suggestions and fell into China’s trap. Nehru never recovered from that shock. His health began to decline after the Chinese victory in November 1962. He also spent some months recuperating in Kashmir in 1963. His misery ended with his demise in May 1964.

But, Modi is not Nehru. If he knows to give, he knows how to snatch it back. The foundation of strong Indo-China relations was laid by Late Atal Bihari Vajpayee (despite objections from Geroge Fernandes) and successive Prime Ministers took it forward. Modi went steps further to make it a personalized one. But, as we can see, China remained untrustworthy, unreliable and unpredictable.

The first and foremost objective of India is to drive the Chinese away from LAC. And, we can’t do it using force. The best weapon against the Chinese is trade restrictions. With the ban on 59 Chinese Apps (though most of them unused), a loud and clear message has been sent to China.

While most of these Apps (except for TikTok and Cam Scanner) are not used by the majority, a ban may not hurt anyone; but it would help assuage the anger of Indians and ignite the nationalist passion further. At the same time, it would motivate and encourage the Indian Innovators to develop alternatives to these Chinese Apps. The process has already begun.

The ban is temporary, as all these Chinese firms have been asked to appear and submit their clarifications. There may be a revocation of ban if they satisfy the government with their response. However, the purpose has been served. Modi Government has been able to send the right message to the domestic audience as well as China.

Unless China falls in line to resolve the border standoff, more such sanctions will be there. The Chinese will understand only the language of trade and business. They should know that India does not issue empty threats, but believes in taking drastic measures when it comes to national interest. Only that approach will work vis-à-vis China.

Let’s wait and watch what happens next…

Liquor Shops to open in Odisha from Tomorrow