Chella Kumar had a strong message for all - leave the party if you want. But, the party won't tolerate indiscipline. 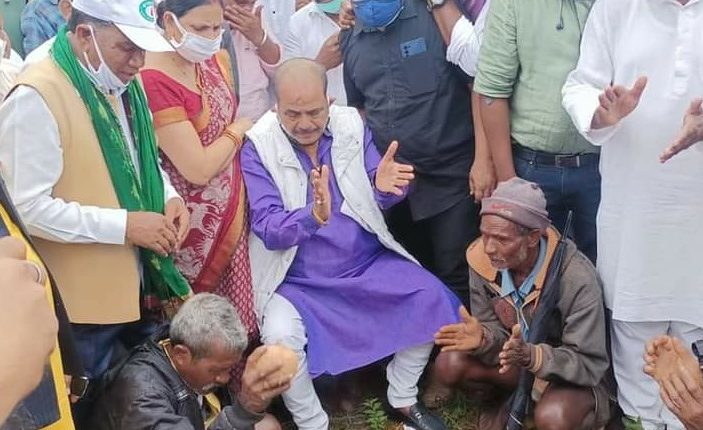 Insight Bureau: Whether due to anxiety owing to hospitalisation due to Covid-19 or a strategy ahead of his possible entry into BJD, Jeypore MLA and Congress Stalwart Taraprasad Bahinipati triggered a political storm by spewing venom against PCC President Niranjan Patnaik and Working President Pradeep Majhi. The political storm that threatened to split the Odisha Congress forced In-Charge Dr. A Chella Kumar to rush to Bhubaneswar with a stern message.

At a time when BJD is on a rampage to strengthen its position further and BJP has launched various programmes to make its presence felt ahead of the Panchayat Polls, the depleted Congress in Odisha is sinking every passing day. Either the party leaders are indulged in power tussle or inch closer to the ruling party in a desperate bid to secure their future. They hardly bother about the ramifications the Congress would be facing in long term.

Chella Kumar had a strong message for all – leave the party if you want. But, the party won’t tolerate indiscipline. Congress will never compromise on ideology and survive without the opportunist leaders, he clearly said.”Those who want to quit Congress, are free to do so. Many left in the past, but Party has only become powerful. People who love the Congress ideology and trust the leadership, will stay,” he said.

Chella Kumar’s tough message forced Tara Bahinipati and his wife Minakshi Bahinipati to soften their stand. A subdued Tara had to eat humble pie and called Niranjan Patnaik his elder brother. Both husband and wife tried to put up a volt face and shrug off the controversy. However, all does not seem to be well within the party.

It’s not just Taraprasad Bahinipati, who has raised the banner of revolt against Niranjan Patnaik. There are a few others who have been working hard to see his exit, but in vain. The Congress High Command does not trust other leaders who are often accused of hobnobbing with the ruling BJD. Congress never recovered from the shock of then PCC Chief Bhupinder Singh joining the BJD and does not want to take any risk. Niranjan Patnaik may not be an acceptable and inspiring leader, but the High Command is confident that he won’t serve the Congress to BJD on a platter.

However, time will say whether it’s possible to silence a vocal leader like Taraprasad Bahinipati, who does not need party’s support to win elections. He has created his base in Koraput-Jeypore belt and his popularity was evident when he joined BJP for a brief period in 2009 after being denied ticket by the Congress. While he lost the polls to BJD by a narrow margin, the official Congress candidate had lost his deposits.