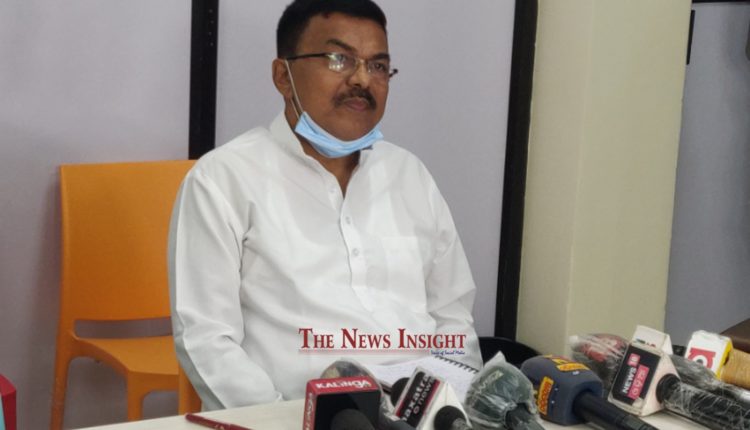 TNI Bureau: Senior BJD leader and Convener of Odisha-Mo Parivar, Arup Patnaik has slammed BJP leader Lekhashree Samantsinghar (without taking name) over her statement that it was Sambit Patra who brought Puri into limelight.

“I am deeply hurt and aggrieved today at this bizarre and irresponsible statement by this lady, who has gone insane. As the son of Delanga (Puri District), I take strong objection to her remarks that people did not know about Puri before Sambit Patra’s arrival as a candidate in 2019 polls”, said Arup Patnaik.

“I am not here as a representative of my party. I condemn this as an individual from Puri District. It’s outrageous for me and many others to see the lady making disparaging remarks on our Jagannath Dham,” he added.

“We Odias have become a soft target. Whether Justice Markandeya Katju or Abhijeet Iyer-Mitra or “this lady” who talked like ‘Kalapahada’, are taking us for granted continuously,” said Arup Patnaik.

“I am not seeking apology from anyone. It’s up to her party and the people to decide. It’s for the Media to pose questions to her. She has been a constant embarassment. She is incorrigible. I know many friends in BJP. I don’t think the central leaders of the party would approve such statements,” he added.

Earlier, Lekhashree Samantsinghar had claimed that most people in India did not know where exactly Puri was located and thought it to be in Kolkata (West Bengal) until Sambit Patra contested from here in 2019 elections.