All eyes on India-Bangladesh tie on Wednesday

A win for either side would put them in a terrific position for a place in the semis. 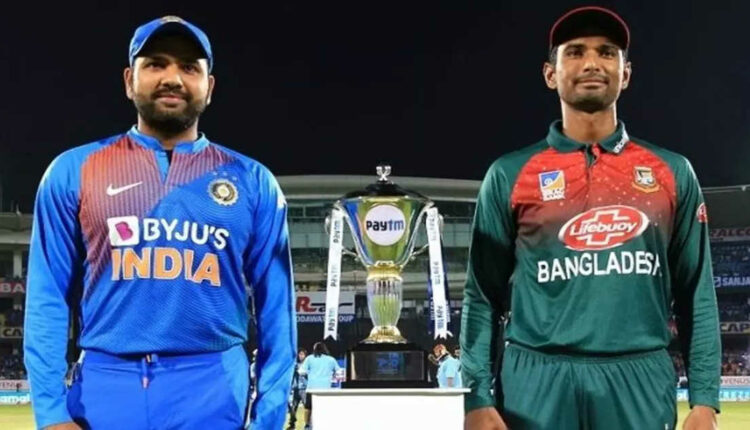 TNI Bureau: Both Bangladesh and India are tied at four points apiece in Group 2, having won two of their three games so far. A win for either side would put them in a terrific position for a place in the semis.

India tasted their first defeat in the tournament against South Africa at Perth after recording successive victories over arch rivals Pakistan at the Melbourne Cricket Ground and the Netherlands at the Sydney Cricket Ground respectively.

That defeat on a bouncy Perth pitch against South Africa last Sunday has created a situation which calls for Rohit Sharma and his team in blue to win their next four games in a row to clinch the crown, team’s head coach Rahul Dravid acknowledged today ahead of tomorrow’s round robin clash at the Adelaide Oval against Bangladesh.

After the Bangladesh match India are slated to finish their group 2 league engagements with a clash against Zimbabwe at the Melbourne Cricket Ground on November 6.

And then come the semi-finals and the final, making it two wins to qualify for the last four and then two more victories to clinch the coveted crown.

India have a good record against Bangladesh, with ten victories in eleven T20 ties.

Bangladesh, who suffered a heavy defeat against South Africa after winning their opening match against the Netherlands, survived intense drama and a chaotic final over before prevailing by three runs in a thriller against Zimbabwe in Brisbane on Sunday.

India-Bangladesh is the fixture that could turn Group 2 on its head. However, there are some dark clouds over the match because of the weather in Adelaide.

A win for Bangladesh would blow the group wide open, putting them two points clear of India with just one game to play and potentially opening a path for India’s semi-final spot to be snatched from them in the last round of matches.

India and Bangladesh are hot on their heels, both on four points.

So tomorrow’s match is undoubtedly going to have everyone’s attention. Spectators are eagerly waiting for Adelaide match.