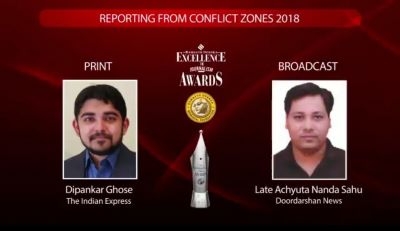 Achyutananda Sahu & 2 Cops were killed in a Naxal attack in Chhattisgarh in October 2018. The attack took place in Dantewada’s Aranpur area ahead of assembly polls in the state.

Sahu and his team were travelling for election-related news coverage when they were trapped in the cross-fire. He hailed from Ghusarmunda village in Odisha’s Bolangir district.