A Tribute to Rajinder Goel – The Spin Legend 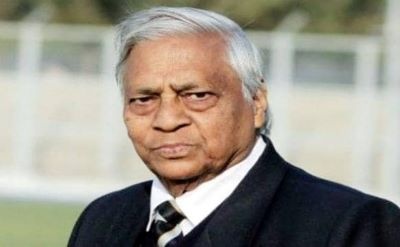 TNI Bureau: The Legend has departed at the age of 77. One of the top slow lef-arm orthodox bowlers in the world, Rajinger Goel passed away yesterday after a prolonged illness.

Rajinder Goel holds the record of most wickets in Ranji Trophy with 637 wickets – mostly for Haryana. But, he never played for India.

He took 750 wickets in 157 first-class matches from 1958-59 to 1984-85 and bagged 53 five-fors and 17 ten-wicket match hauls. Rajinder played for Patiala, Southern Punjab, Delhi and Haryana in domestic cricket.

Haryana reached the Ranji semi-final thrice during Goel’s time, but lost on each occasion. Unfortunately, he never got a a chance to represent India in Test matches. Goel appeared for India against Ceylon in an unofficial Test at Ahmedabad in 1964-65 where he took 4 wickets in the second innings. He was also selected to play against West Indies in 1974-75, but dropped at the last moment.

He also served as a match referee in both men’s and women’s cricket. Rajinger Goel was the Chairman of the Haryana Selection Committee.

Rajinder Goel will always be remembered as a great cricket icon, who remained in oblivion despite having all the talent and proving himself again and again in domestic cricket.