Tirupati Panigrahi is gaining political clout, but customers left in the lurch. 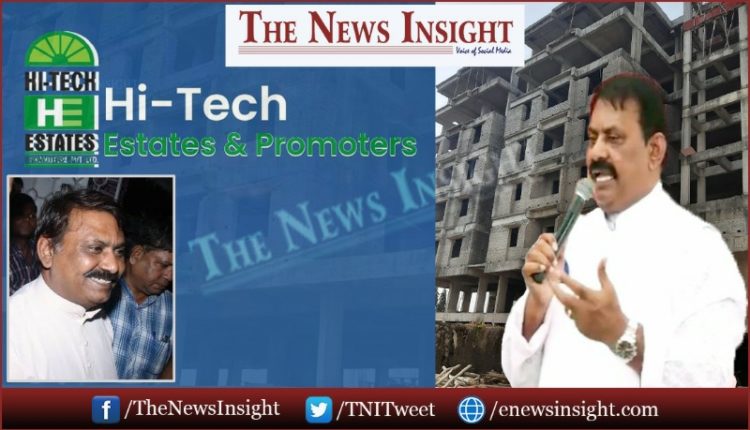 TNI Bureau: He is out on bail, contested elections, lost by a narrow margin. He has now become an asset in politics and is marching ahead as a business tycoon too. No wonder, the ruling party has reportedly shown interest in him. But, what about the poor customers, who were subjected to continuous harassment, fraud and apathy? Well, no one cares.

Tirupati Panigrahi, owner of Hi-Tech Estates & Promoters Pvt. Ltd. which owns Rajadhani Systems & Estates Pvt. Ltd. and his relative Tirupati Choudhary have kept people waiting since 2012. The Hi-Tech Plaza Annex customers have paid almost 50-70% of the total cost long ago, had taken loan too. Ironically, they keep paying EMIs to the bank while there is no trace of flats yet.

Tirupati Panigrahi, owner of hundreds of acres of land across Odisha and assets worth thousands of crores, has left the people in lurch. Many people have not approached the court, as they are still hopeful of getting their dream flat. Some have lost patience and believe they deserve a refund with interest, as it’s almost 9 years since they booked the flat.

With strong political and government support, Tirupati Panigrahi has refused to budge. He keeps selling dreams and made things difficult for the “helpless home buyers”.

He spends huge amount of money on various activities including politics. But, he has no time to think about his customers who are waiting to get their flats or due refund.