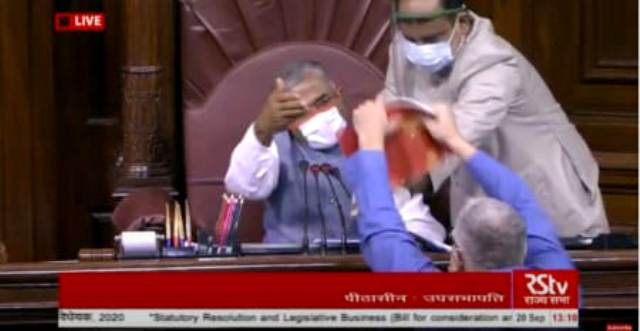 TNI Bureau:  The Rajya Sabha has passed a motion suspending 8 MPs for a period of one week for “unruly behaviour” yesterday.

The Rajya Sabha was adjourned after the Opposition created ruckus in the House over the suspension.