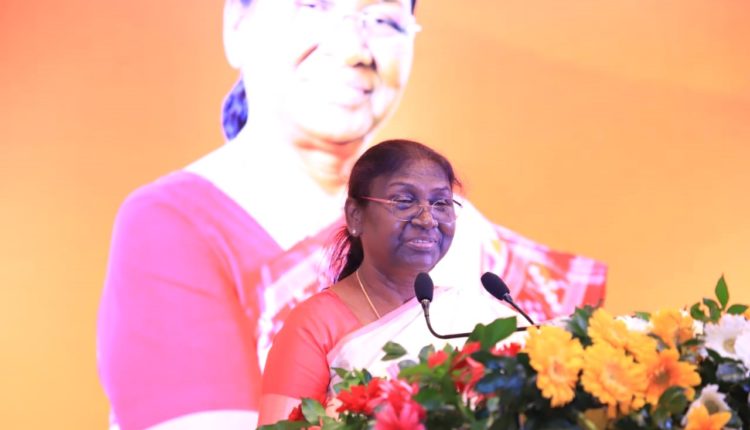 Insight Bureau: Droupadi Murmu, Daughter of Odisha and NDA’s Presidential Candidate, got elected as the 15th President of India with 64.03% votes. Her rival Yashwant Sinha managed to get only 35.97% while 17 MPs and 100-odd MLAs across the country cross-voted in support of Murmu, India’s first Tribal President.

Out of 147 MLAs in Odisha, 146 MLAs took part in the Presidential Polls. Chilika MLA Prashant Jagdev did not vote.

All MLAs of BJD and BJP as well as Independent MLAs Makarand Muduli (Rayagada) and Pradeep Panigrahi (Gopalpur) voted for Droupadi Murmu. Congress MLA Mohammed Moquim (Barabati-Cuttack) also voted in favour of Murmu, making it 137 for her.

The other 9 MLAs who voted for Opposition candidate Yashwant Sinha, included 8 from the Congress and lone CPM MLA Laxman Munda (Bonai).

? Droupadi Murmu (63) elected as the 15th President of India.

? Droupadi Murmu is the 1st Tribal Leader to become the Constitutional Head of India.

? Droupadi Murmu is the second person from Odisha after VV Giri (Telugu Origin) and first Odia to get elected as the President of India.