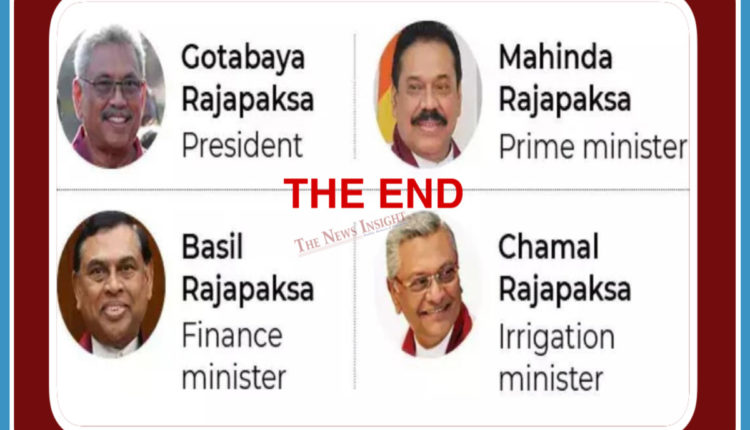 If President Gotabaya Rajapaksa resigns on July 13 as promised, the Rajapaksa era will come to an end in Sri Lanka. The worst-ever dynastic rule in the island nation, has completely ruined the economy and peace & harmony.

Gotabaya was not the lone person responsible for Sri Lanka’s precarious condition. He has 3 other brothers who equally share the blame. Only a few months ago, 4 brothers ruled the country – Gotabaya Rajapaksa (President), Mahinda Rajapaksa (Prime Minister), Basil Rajapaksa (Finance Minister) and Chamal Rajapaksa (Irrigation Minister).

Other 3 brothers are already out of power. And, the President will follow suit.