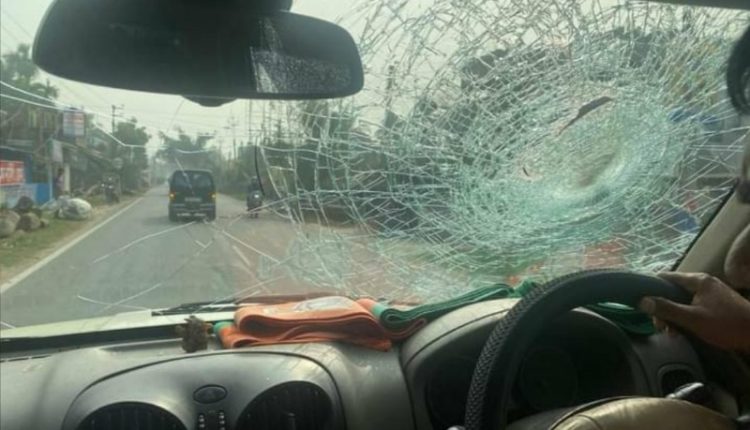 Attack on convoy of BJP Leaders, including JP Nadda in West Bengal, has come as a shocker. Although violent clashes between TMC and BJP workers have become a common phenomenon, attack on Nadda’s convoy is seen as an act of desperation by the beleaguered Trinamool Congress.

Although Mamata Banerjee sought to play down the incident as a ‘Nautanki’ by BJP and TMC released a video claiming Nadda’s car collided with an auto, leading to the chaos, Bengal remains tense.

The TMC is definitely on the back foot and may do everything possible to stop BJP in a heavily polarised atmosphere.

Today’s attack on the convoy of Shri @JPNadda is reprehensible beyond words.

It shows Mamata Banerjee’s desperation at the prospect of an imminent electoral defeat.

Her mastery in the politics of violence will not deter BJP’s resolve to oust her regime.#MamataKillsDemocracy pic.twitter.com/Xh3AbrEsxh

Today @JPNadda's speeding car on its way to Diamond Harbour, collided into an auto, damaging it & gravely injuring the driver.

Instead of helping the driver, @BJP4India Chief fled to stage an attack for political gain.

He was saved by ‘Ma Durga’, just not in the way he claims. pic.twitter.com/IRBMpd1CbF