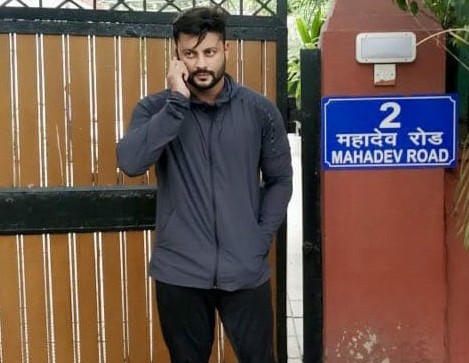 TNI Bureau: The ‘Battle of Patkura’ has reached 2, Mahadev Road in New Delhi, as BJD MP from Kendrapara, Anubhav Mohanty tweeted a photo outside the residence of former MP Baijayant Panda.

Anubhav wondered how Jay Panda continues to occupy the Govt bunglaow even though he ceased to be an MP 13 months ago. Taking a dig at Baijayant, Anubhav asked him not to preach ethics and morality in public life, accusing the latter’s security guards of stopping him.

It’s believed that this issue would be raised in Patkura assembly polls, where Baijayant will lead the campaign for Bijoy Mohapatra. 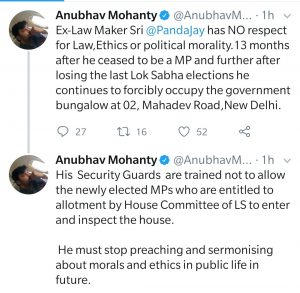