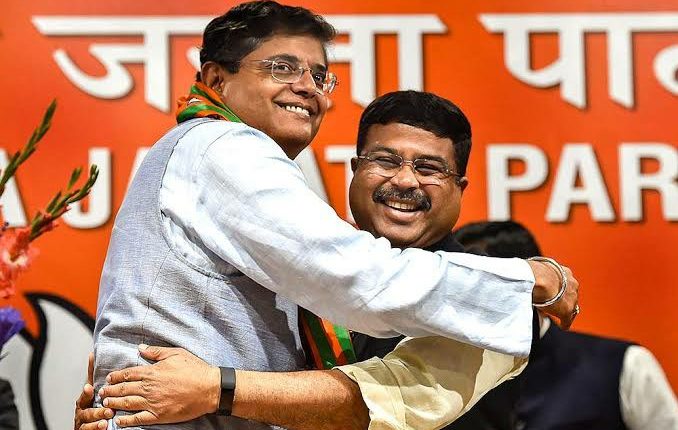 Supporters of Union Minister Dharmendra Pradhan celebrate the victory of Suvendu Adhikari over Mamata Banerjee in Nandigram despite the heavy loss across Bengal. Dharmendra was in charge of Nandigram and definitely toiled vigorously.

At the same time, supporters of Jay Panda within Odisha BJP rejoice at the party’s emphatic win in Assam Elections. Jay Panda was BJP’s Assam In-charge.

Will Jay return to Odisha? Or, will he settle in Delhi via Rajya Sabha? Interesting days ahead!