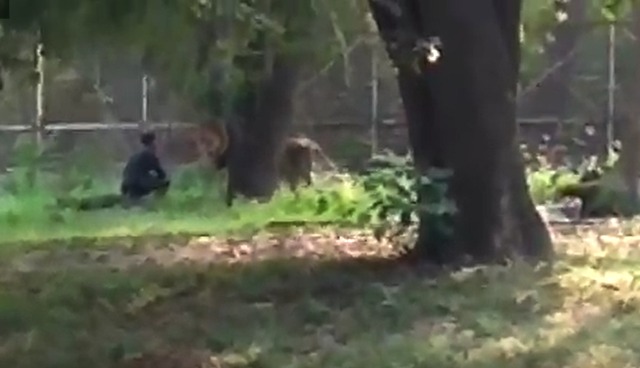 TNI Bureau:  A 28-year-old man entered a lion’s enclosure at the Delhi Zoo at around 12 noon on Thursday by scaling its metal grille.

In this video, the young man, hailed from Bihar’s Champaran district can be seen sitting in front of the lion. Though the guards gave him a ladder to come back but he did not listen. Later, the zookeepers and forest rangers were jumped in the enclosure and saved him.

Zoo officials said he was rescued unharmed and is being questioned by police.