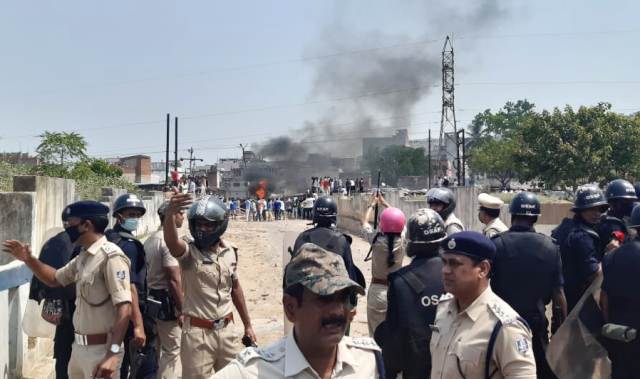 TNI Bureau: Tension prevailed in Rourkela City, after a scuffle broke out between police and the locals who were demanding withdrawal of containment zone restrictions after restrictions were lifted from nearby buffer zones.

The irate protesters pelted stones at the police and ransacked the temporary police camp. A journalist was reportedly assaulted by the mob while covering the incident.

Police personnel were injured in the stone pelting following which police fired tear gas shells to disperse the mob. Western range DIG of Police & SP were present on the spot. Police forces have been deployed at the spot to bring the situation under control.