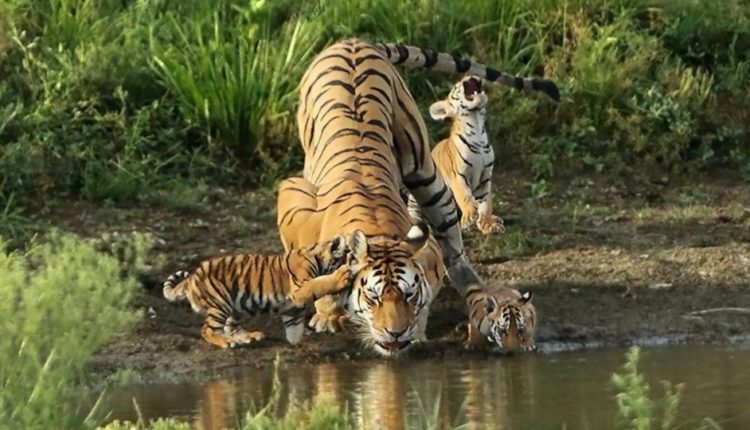 Insight Bureau: She lived in the wild for 16 years before breathing her last. Tigress Collarwalli – The Queen of Pench in Madhya Pradesh, was immensely popular after creating a record by giving birth to 29 cubs.

Collarwalli was last spotted on January 14 near Bhura Dev Nullah. She was lying down with pain. The veterinary doctors were observing her health conditions. 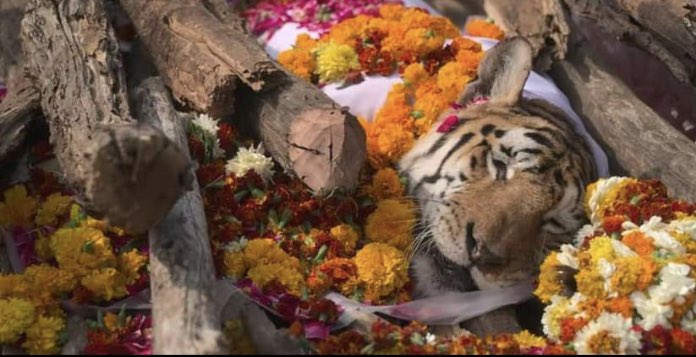 She got the name ‘Collarwali’ from the tourists after she was spotted with radio collar tied around her neck in 2008.

She also helped in expansion of her legacy when her female cub, which was shifted to Panna Tiger Reserve, delivered five cubs and contributed to relocation project of the tigers.

Several Activists, Intellectuals and Environmentalists have condoled her death. Collarwali got a well-deserving funeral.