The incident occurred when some tourists were coming back from Panchalingeswar in Balasore district to Kolkata in two vehicles.

They were detained and taken to the police station for overtaking Sarangi’s vehicle after the Minister asked his security and police personnel to take up the matter.

The tourists were later released after signing an undertaking that they will not repeat this again. 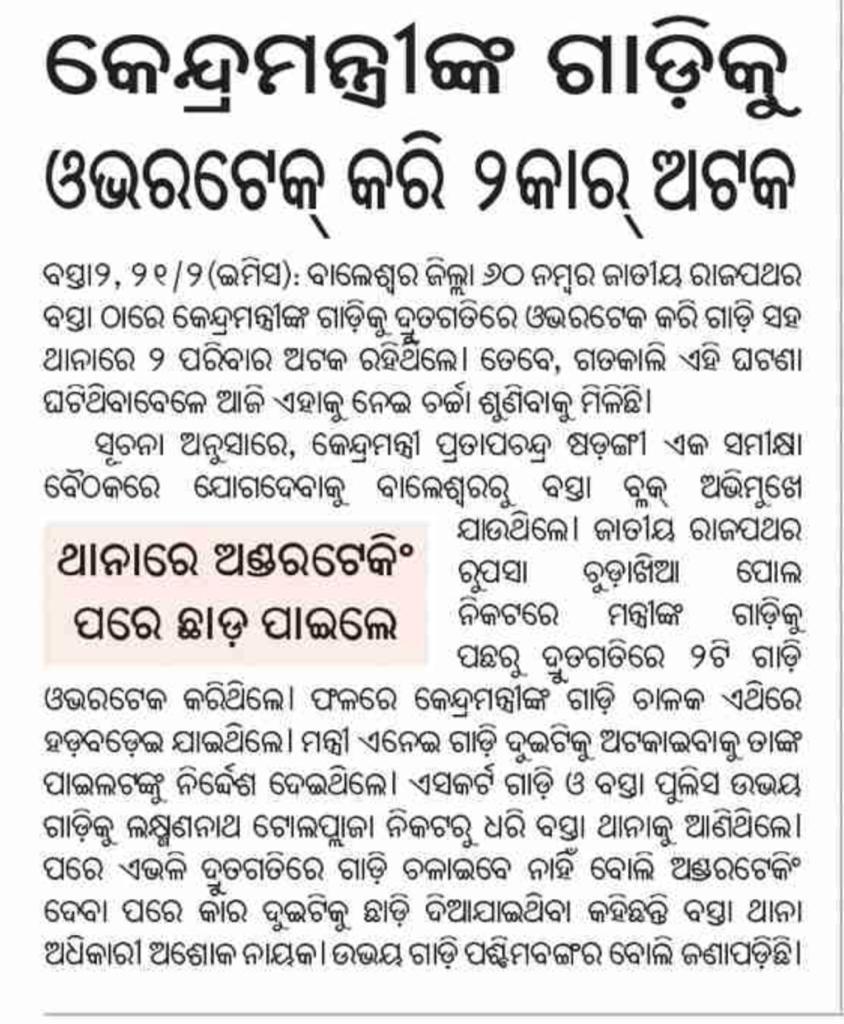