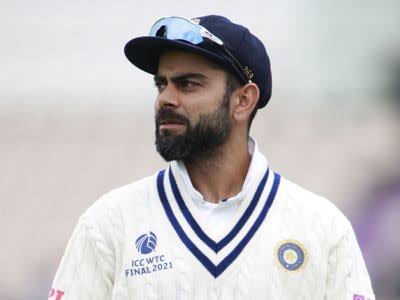 Love him or hate him, you can’t ignore him and that’s Virat Kohli, the Man who successfully carried MS Dhoni’s legacy and while stepping down as the Test Captain, he did not forget to thank his mentor for the trust he reposed in him. He also praised Ravi Shastri, the previous Coach of Team India.

With 40 wins from 68 Tests as a Captain, Kohli has proven his mettle and nobody can question his commitment to the game of cricket. Controversies apart, he remains the most successful Indian Captain and will find a place in Indian Cricket History Book.

Among the Legends, Kohli is placed at 4th with 40 Test wins. Only Graeme Smith (53), Ricky Ponting (48) and Steve Waugh (41) are ahead of him. His exceptional record as the Captain has made him special.

Earlier, Kohli had quit the captaincy of T20I Team and the BCCI had dropped him as the Captain for the ODI Team. Kohli, a free man now, will play under the leadership of the players he groomed and mentored over the last few years.

We, at The News Insight, salute King Kohli and his contribution to Indian Cricket.