Suhas Lalinakere Yathiraj, an IAS officer from the Uttar Pradesh cadre's 2007 batch, has a long list of accomplishments. 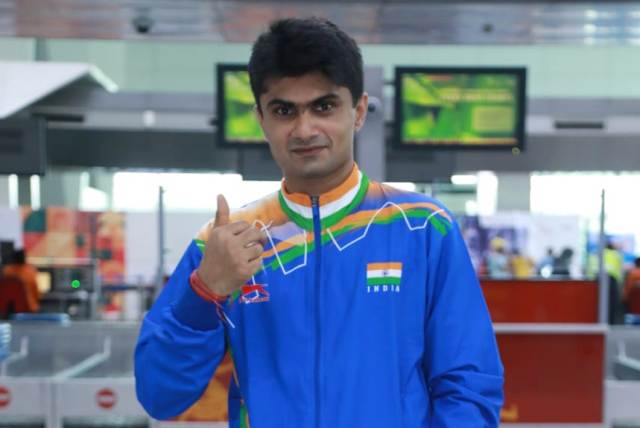 Insight Bureau:  Suhas Lalinakere Yathiraj, an IAS officer from the Uttar Pradesh cadre’s 2007 batch, has a long list of accomplishments. Suhas is the first specially-abled IAS official and a National Badminton Champion. He will be the first civil servant in history to represent India in the Tokyo Paralympics 2020.

Prior to his current post as DM of Gautam Buddha Nagar, Suhas held the coveted position of District Magistrate  for cities like as Prayagraj, Azamgarh, and Jaunpur . Suhas’ success storey is something for the history books, since he is a famous and award-winning athlete as well as a respected bureaucrat.

Suhas LY, a native of Karnataka, has never given up in the face of hardship. Suhas was born to a government employee and had his early schooling in several locations due to his father’s job assignments. Suhas’ family wanted him to be a doctor, but he was more interested in engineering. Suhas was given the freedom to pursue his passions thanks to a supportive parent. In 2004, he earned a first-class distinction as a Computer Science Engineer. He became India’s first specially-abled IAS officer in 2007, and he began his career in the bureaucracy in Agra.

Suhas thought there was something lacking in his life after a year of computer engineering. His interest in public service got stronger at that point, and he began studying for the UPSC exam.

Suhas believes that while we may win and lose from time to time, we should never give up. He also believes that the most essential thing in life is to overcome insecurities. Suhas feels that parental support and confidence are critical in transforming shortcomings into strengths and reaching for the stars. He also emphasises the necessity of time management in achieving various goals, drawing on his experience as an IAS officer and a professional athlete.

The national champion in badminton recently said that while sports have always been a part of his life, he just began playing professionally later. He became the first bureaucrat to represent India in an international sport in 2016. Suhas’ sports dream paid off in 2016, when India won an unprecedented gold medal at the Asian Para Badminton Championships.

Suhas will compete for India at the Tokyo Paralympic Games 2020. Suhah will play in the Men’s Singles SL-4 category, where he hopes to win gold. The Noida DM will be in action from September 2 and hopefully in the finals on September 5. Suhah considers badminton to be a “spiritual exercise.”

100-Word Edit: One Crore Covid Vaccination in a Day