The new variant is lurking largely in the country and as the third wave of the pandemic is ready to sweep India, these guidelines are very important to be followed. 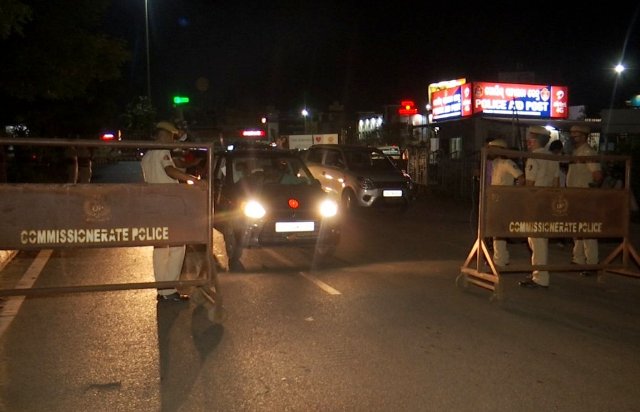 In view of the Omicron situation, most of the states have taken strict measures to ensure safety by imposing night curfew and other restrictions. The new variant is lurking largely in the country and as the third wave of the pandemic is ready to sweep India, these guidelines are very important to be followed.

Here is the full list of States having weekend shutdown and night curfew implemented.

The Delhi Disaster Management Authority on Tuesday decided to impose a weekend curfew in the national capital. Only essential movement will be allowed during the curfew. It also decided to implement work from home in all government offices, while private offices will be permitted to function at 50 per cent capacity. Also, the Delhi metro and buses will now allow 100 per cent seat occupancy to avoid crowding at bus stops and stations.

Karnataka will be placed under a weekend lockdown for a period of two weeks, minister R Ashoka said on Tuesday. According to a statement issued by the state government, weekend curfew will be in force from 10 pm on Friday to 5 am on following Monday. Revising the existing Covid guidelines, the order stated that night curfew in the state will continue from 10 pm to 5 am. Pubs, clubs, restaurants, bars, hotels, cinema halls, multiplexes, theatres and auditoriums will be allowed to operate with 50 per cent seating capacity.

Amid a spike in Covid-19 cases, Tamil Nadu Chief Minister M K Stalin on Wednesday ordered fresh curbs which includes state-wide night curfew between 10 pm and 5 am with effect from January 6. A shutdown would be enforced on Sunday (January 9) and only 50 per cent occupancy shall be allowed in buses, suburban trains, and Metrorail, the government said. All government and privately organised harvest festival ‘Pongal’ and cultural events are postponed and entertainment and amusement parks would be shutdown, an official release said. Public would not be allowed in all places of worship on three days – Fridays, Saturday and Sunday- a week. The present bar for social, cultural and political congregations would continue to be in place.

Five districts, including Chennai, accounted for the majority of new coronavirus infections on Tuesday as Tamil Nadu continued to witness a surge with 2,731 fresh cases being reported, pushing the tally to 27,55,587, the health department said. Nine deaths were reported taking the toll to 36,805, a department bulletin said.

The Punjab government, meanwhile, has imposed a night curfew in the state from 10 pm to 5 am, excluding essential services. All educational institutes shall remain closed, while online classes will continue. Moreover, bars, cinemas halls, malls, restaurants and spas will be allowed to operate at 50 per cent capacity, subject to staff being fully vaccinated.

Among other restrictions, the notification urges people to follow the ‘no mask, no service’ principle — no service shall be provided in government and private offices to the person not wearing proper mask.

Bihar on Tuesday imposed fresh curbs as active Covid cases in the state reached 2222 with over 800 cases reported in the last 24 hours. Patna and Gaya are the worst-affected. A statement released by the government said a night curfew will be in force from 10 pm to 5 am. Pre-schools and classes 1 to 8 will remain closed. However, online classes will continue. Educational institutions for classes 9 to 12 will function with 50 per cent capacity. Religious places, malls, cinemas, clubs, swimming pools, stadiums, gyms, parks will also remain closed. These latest restrictions will remain in effect from January 6 to 21.

Amid a surge in Covid-19 cases, the Odisha government Wednesday issued fresh guidelines effective from 5 am of January 7 till 5 am of February 1. As per the order,schools and colleges shall remain closed during the period, and online mode of teaching would continue for classes 10 and 12. Further, shops can operate everyday from 5 am to 9 pm, while markets and cinema halls will be closed at 9 pm. Odisha Government has also extended the night curfew timing by one hour from 9.00 pm to 5.00 am.

In case of Chhattisgarh, Chief Minister Bhupesh Baghel on Tuesday ordered a ban on rallies, processions and other kind of public events across the state, an official release said. Baghel also ordered a “night clamp-down” from 10 pm to 6 am in the districts where the case positivity rate is 4 per cent and above. The directives to district collectors and superintendents of police (SPs) were issued in the light of a sharp spike in Covid-19 cases in the last one week.