Insight Bureau: Mian Muhammad Shehbaaz Sharif, President of Pakistan Muslim League-Nawaz (PML-N), has been elected as the 23rd Prime Minister of the country unopposed by the National Assembly.

“I will resign from my post if conspiracy is proved in letter controversy, Shehbaz says in Parliament. The National Security Committee would be briefed on the controversial letter related to so-called foreign conspiracy, he said.

Shehbaaz Sharif, brother of former PM Nawaz Sharif, was the candidate of the United Opposition. He name was revealed by Pakistan Peoples Party (PPP) Chairman Bilawal Bhutton Zardari on March 30.

Shehbaaz Sharif had served as the Chief Minister of Punjab Province in Pakistan for three terms. Like his elder brother Nawaz, Shehbaaz is also facing serious corruption charges. The National Accountability Bureau (NAB) had frozen 23 properties belonging to Shehbaaz Sharif and his son, Hamza in connection with money laundering charges.

Shehbaaz Sharif was arrested by NAB in September 2020 and released on bail in April 2021. Shehbaaz’s rise to power is seen as a tactical move by the Pakistan Army, which wanted to overthrow Imran Khan, who sought to follow an independent path. 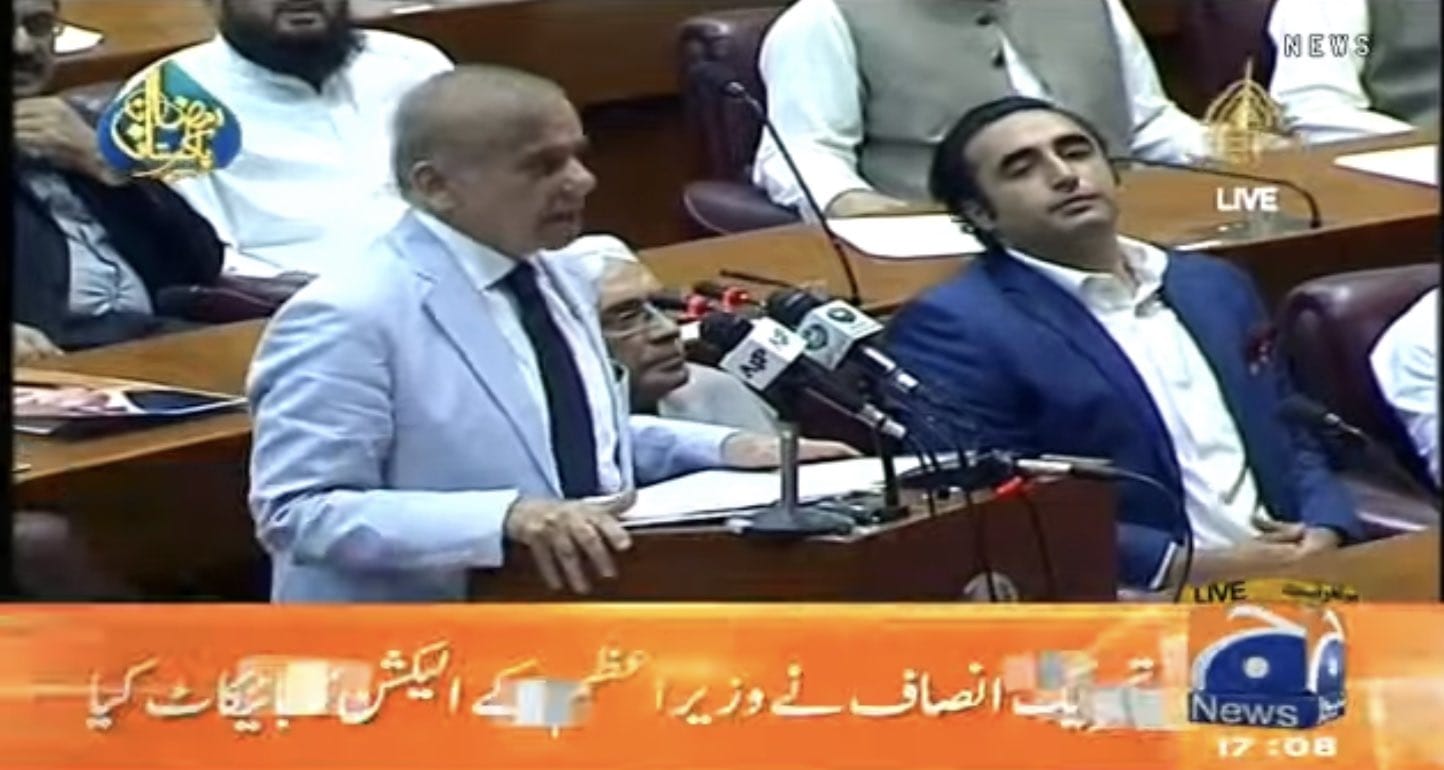