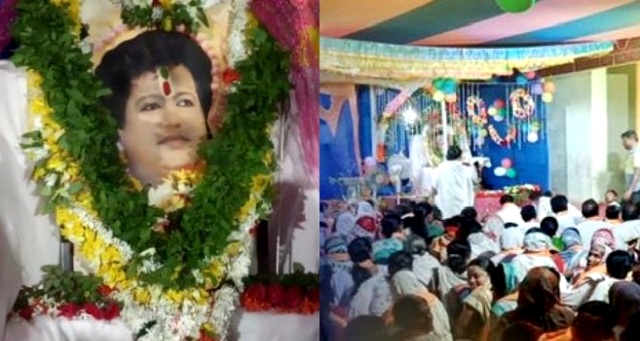 The devotees, hailing from Kendrapara, Jagatsinghpur and Balasore had gathered for a rally that began with garlanding of Sarathi’s photo.

Tension erupted after the locals opposed the activities and informed the police. The villagers also demanded immediate termination of the event.

Though he have biased many by faking miracles but people living nearby the Baba’s citadel were unimpressed by Sarathi.

Sarathi is presently lodged at the Choudwar Circle Jail in Cuttack district. He was arrested by the Crime Branch on 2015 on charges of sexual and physical exploitation of women apart from cheating devotees.