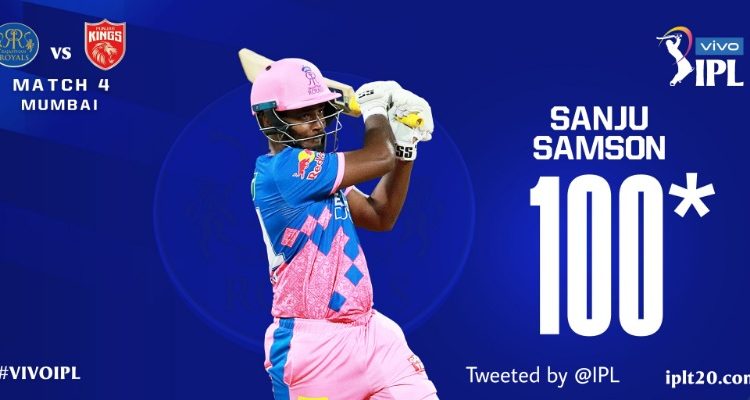 TNI Bureau: In an exciting IPL game tonight, the Rajasthan Royals just fell short of their target to lose an opportunity to launch their IPL 2021 campaign on a winning note. Punjab Kings prevailed in the end.

Sanju Samson, who scored a magnificent hundred today, could not handle the pressure in the final over and perished before trying hard.

It was a run feast at the Wankhede Stadium in Mumbai as Punjab Kings posted 221/6 in 20 overs. KL Rahul (91) was the top scorer. Chris Gayle (40) and Deepak Hooda (64) were the top scorers. For Rajasthan Royals, Chetan Sakariya took 3 wickets while Chris Morris took 2 wickets.

Sanju Samson singlehandely led the run chase for Rajasthan Royals. He almost pulled off a win before crumbling under pressure. RR could manage 217/7 in 20 overs. Sanju Samson made 119 while Jos Buttler and Riyan Parag made 25 each. Shivam Dube contributed 23.