Ram Temple Trust has denied the allegations, but controversy persists. 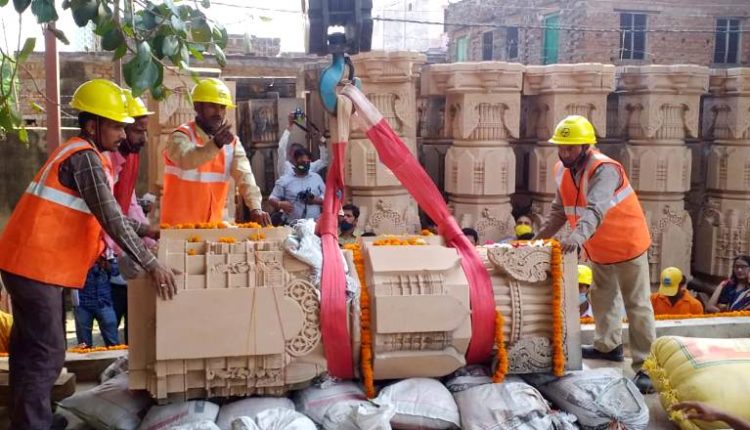 TNI Bureau:  The Vishwa Hindu Parishad (VHP) strongly denied the claims and made a thorough presentation of the property acquisition when a controversy emerged over the Shri Ram Janmabhoomi Teerth Kshetra Trust’s land purchase.

The charges have been denied by the Ram Janmabhoomi Teerth Kshetra Trust general secretary Champat Rai, who believes they are politically motivated. The claims have political ramifications, since Uttar Pradesh is set to hold assembly elections in February and March of next year.

International Working President Alok Kumar, who strongly refuted the claims, stated that defamation suits will be brought against Opposition parties who made false claims in order to mislead voters ahead of the Uttar Pradesh Assembly elections in 2022.

Claims by Samajwadi Party and AAP

On Sunday, the Samajwadi Party and the AAP conducted two separate press conferences, saying that the Ram Mandir Trust paid an exorbitant amount for the site.

SP leader and former minister Pawan Pandey and AAP Rajya Sabha member Sanjay Singh have asked the CBI and the Enforcement Directorate (ED) to investigate the acquisition of a piece of property worth Rs 2 crore purchased for Rs 18.5 crore.

On March 18, Pawan Pandey stated that two real estate dealers paid Rs 2 crore for 1.208 hectares of property in Bag Bjaisi village, Sadar tehsil, Ayodhya. According to him, “Within minutes of the purchase, the same land was sold to Shri Ram Janmabhoomi Teerth Kshetra for Rs 18.5 crore.”

According to SP leader Pawan Pandey, the land was sold to Sultan Ansari and Ravi Mohan Tiwari, who then sold it to the Ram Janmabhoomi Teerth Kshetra, according to entries in the official sale document.

Both the purchase and sale agreements, according to Pawan Pandey, included Ayodhya Mayor Rishikesh Upadhyay and trust member Anil Mishra as witnesses.

The charges have been rejected by Champat Rai. Rai, who is also a Vishwa Hindu Parishad (VHP) senior leader, said: “We have been facing such allegations against us for 100 years. We were accused of killing Mahatma Gandhi. We do not fear allegations. I will study the allegations levelled at us and probe them.”

Rishikesh Upadhyay, the mayor of Ayodhya, called it a political conspiracy. He claims,  “I am a witness in a lot of deals. The deal was made years back. The trust will explain all this. The people who have objected have an issue with Lord Ram. One can check what the market rate is.”

Priyanka Gandhi Vadra, the Congress general secretary, called devotees’ misuse of donations a sin and a disrespect to their religion. . “Crores of people made their offerings at the feet of God out of their faith and devotion. Misuse of those donations is unrighteous and is a sin and an insult to their faith,” she responded in a tweet in Hindi.