Rains in Greenland – Big Concern for the World

The US Snow and Ice Data Center stated that rain was detected for several hours on August 14 at a measuring post more than 3,000 metres (9,800 feet) up on the sheet. 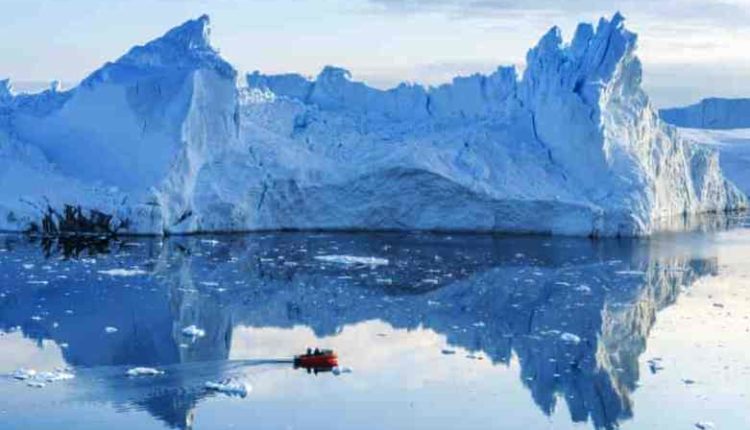 Insight Bureau:  For the first time in history, the summit of Greenland experienced rain rather than snow on Saturday last week, just as temperatures there surpassed freezing for the 3rd time in less than ten years. This has caused quite a concern as scientists are referring to the occurrence as evidence that Greenland is rapidly warming.

According to the US National Snow and Ice Data Center, this would be the heaviest rainfall that the ice sheet has seen since they began maintaining records in 1950, with ice melting rates seven times higher than the daily normal for this time of the year on Sunday.

The US Snow and Ice Data Center stated that rain was detected for several hours on August 14 at a measuring post more than 3,000 metres (9,800 feet) up on the sheet.

The National Science Foundation of the United States maintains a Summit Station, a research station that monitors changes on the island as well as in Arctic weather, at the highest point on Greenland’s ice sheet. Rain was reported at the usually frigid peak on Saturday, with the precipitation spreading up Greenland’s southeast coast.

According to a press release, the melting event that day encompassed 337,000 square miles, and the sheet absorbed 7 billion tonnes of rain over three days. The rain, along with the warm weather, resulted in a significant melting event at the summit, raising fears of massive ice melt spilling into the ocean, hastening global sea level rise.

Temperatures has to be at or just below zero degrees Centigrade for rain to fall, indicating the danger that increasing temperatures pose to the world’s second-largest ice sheet, behind Antarctica. Greenland, the world’s largest island situated between the Arctic and Atlantic oceans, has a permanent ice sheet covering three-quarters of its area, which is increasingly threatened by climate change.

Greenland had one of the most catastrophic melting episodes in the previous decade last month, when it lost 8.5 billion tonnes of surface mass in a single day, the third such extreme occurrence in the last decade. In the last 20 years, the use of fossil fuels has caused Greenland to melt, according to the UN’s “code red” climate report released last week.

Due to warmer spring months and a heat wave in July of that year, the island lost about 532 billion tonnes of ice to the sea in 2019, leading to the global sea level increasing by 1.5 mm permanently. According to some climate models, summers in the Arctic Ocean might be ice-free by 2050 as a result of severe climate interventions.

As per a NBC report, if that happens, sea levels could rise by 20 feet, threatening low-lying cities around the world such as Mumbai, New York and Amsterdam.

Polar bears are also threatened by the rapid melting, since they must now travel hundreds of kilometres from the coastlines to the interior of Greenland, where they typically find ample food. According to a CNN expert, polar bears have been spotted at the Summit Station three times in the last five years.