Pledge on the International Tiger Day 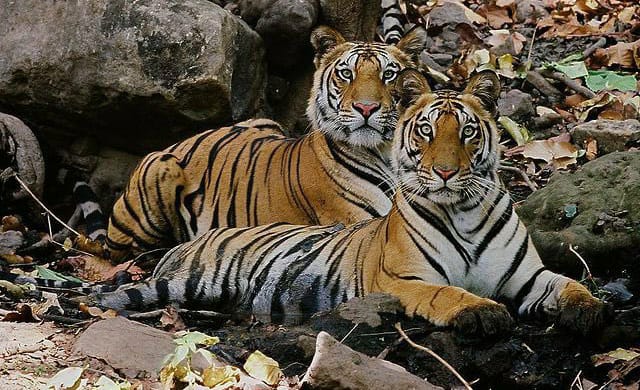 By Bibekananda Pattnaik:  As a top predator, wild tigers play an important role in maintaining the harmony of the planet’s ecosystems. Tiger happens to be at the pinnacle of the eco-system triangle. If the tiger disappears, the entire eco-system gets affected and our flora and fauna is hit hard.

Tigers are a large, charismatic species that require rigorous conservation efforts and best practices to ensure their future in the wild. This, combined with their need for vast areas of forest, make tigers an “umbrella species”. By focusing on tigers, and ensuring the forest they live in is protected to the highest standard, all the other species in the same forest benefit too.

July 29 has been identified as the day to commemorate the International Tiger Day. It was on this day, at the 2010 International Tiger Summit in St. Petersburg, Governments of the 13 tiger range countries came together and set out to achieve an unprecedented goal: to endorse Tx2 – the global goal to double the number of wild tigers by the year 2022.

At the beginning of the 20th century, the number of Indian tigers was around 40,000; after Independence, tigers were killed mercilessly and the 1972 tiger census put their number at less than 1500.

To preserve the tigers, the Indian government banned their hunting and launched ‘Project Tiger’ in 1973. It aimed at tiger conservation in the specially created tiger reserves in the country.

The government reconstituted ‘Project Tiger’ and in 2006 with more power to check poaching and preserve the tiger population converted it into the National Tiger Conservation Authority (NTCA).

The first assessment based on this scientific methodology was done in 2006 and subsequently in 2010, 2014 and 2018. The national assessment for the “Status of Tigers, Co-predators, Prey and their Habitat” done once in every four years.

The main Protected Area (PA), which was left without tigers due to hunting and poaching activities, was the Sariska Tiger Reserve (Rajasthan) in 2004-2005; the Panna Tiger Reserve (Madhya Pradesh) in 2007-2008. More than 100 tigers died due to natural health factor or poaching.

The Government is taking strict measures to prevent poaching, but one important issue, which need to be addressed is relocation of tigers.

Since tigers were surviving only in ‘Project Tiger’ areas, there was inbreeding of tigers besides other issues which in the long run, would have affected their biological fitness.

Tigers move between different habitats, and therefore, although protected areas are fundamental for their survival but different mining and extraction projects are coming in those regions which also made them vulnerable.

Another factor important for tiger reserves is to have the right male and female ratio which could be corrected only by relocation.

On this International Day of Tiger, we must pledge to get involved for the protection of the Tiger, our National animal.