As per report, 7.8% voter turnout was recorded till 9 am. Polling will be held only for today till 6 pm. 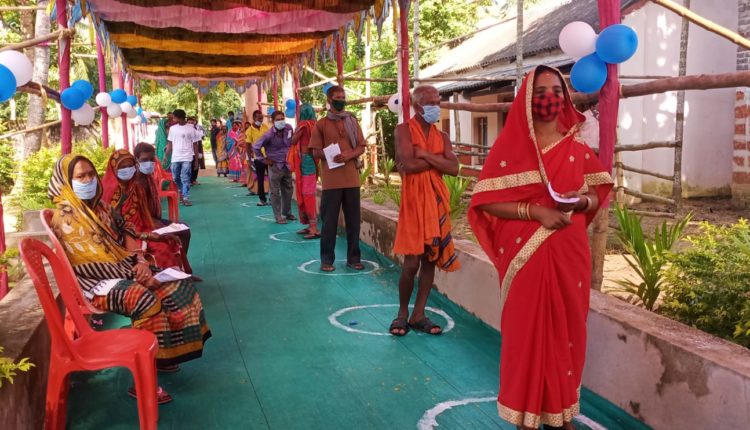 Insight Bureau:   Voting for the by-election to the Pipili Assembly seat in Puri district began at 7 am on Thursday amidst full security and adherence to Covid-19 guidelines.

As per report, 7.8% voter turnout was recorded till 9 am. Polling will be held only for today till 6 pm.

The Puri District Administration has deployed around 2,000 security personnel to ensure peaceful voting.

Voters are undergoing thermal scanning at a booth. Besides Voter ID, people are showing 11 other ID proofs to cast their votes at the polling centres. Special arrangements have been made for divyang voters.

About 2.30 lakh voters will cast their votes today.

The three major candidates in the Pipili assembly seat include Rudrapratap Maharathy of the Biju Janata Dal, Ashrit Patnaik of the Bharatiya Janata Party and Biswakeshan Harichandan Mahapatra of the Congress.

It is to be stated that the seat became vacant due to the death of BJD stalwart Pradeep Maharathy.