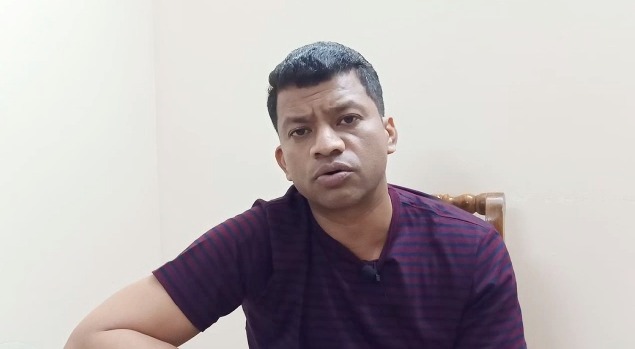 TNI Bureau: This Writer knows him since childhood. He is aware of his moves. Whatever Pradeep says, he weighs it properly although it may sound odd and weird to some. And, analysing his present moves, there is little doubt that he is strategically planning his exit from the Congress Party.

It’s just a matter of time before former Lok Sabha MP Pradeep Majhi dumps Congress and jumps into the Lotus Pond. He is just creating that environment. As the Working President, he does not wish to become the PCC President anymore. He knows the party is and would be having a tough time elsewhere in the country. And, Odisha is no exception.

We may blame him for planning to desert the Congress when the party is going through a tough phase. We may accuse him of political opportunism. We may target him for “betraying” the trust of Rahul Gandhi, who promoted him within the party. But, the questions he has raised today, remain relevant.

“Why the High Command is silent? Why aren’t they trying to resolve the differences between the leaders? Why Rahul Gandhi has failed to inspire the workers and leaders at a time when BJP has been on a rampage nationwide? What’s the future of Congress, its leaders and workers?”

Pradeep Majhi, the young Tribal leader from Nabarangpur District, has been raising these questions publicly and privately, but there have been no answers. Like Jyotiraditya Scindia, Sachin Pilot, Jitin Prasada, Milind Deora and many other leaders of Rahul Gandhi’s erstwhile ‘Youth Brigade’, Pradeep is also an ambitious person. He dared to join the Congress when his entire family was in BJD and his father was the District President.

The day Pradeep took a different stand from his family, he was clear of his goal and vision. Political growth is more important for him than any emotional attachment. It seems he has already taken the decision to take the plunge, but is waiting for the party to take disciplinary action against him so that he attains the ‘Martyr’ status.

Pradeep has been trying to provoke the party and its leadership for the last few months, but no action has been taken against him. He now sees this ongoing revolt within the Congress as an opportunity to up the ante and force the leadership to crack the whip on him. Let’s see if the Congress bites the bait or chooses to ignore/placate him. But, his exit is inevitable and will happen sooner than later.