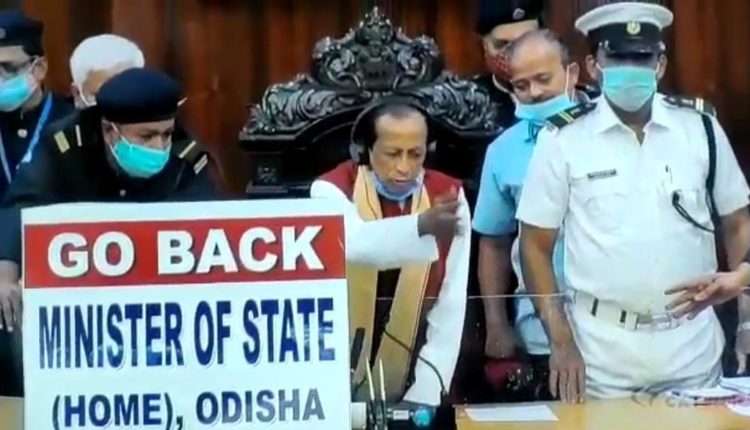 Insight Bureau: As expected, the Odisha Assembly has been adjourned sine die over the issue of Mamita Meher murder case. The entire Winter Session was washed out as both ruling party and the opposition stuck to their stands.

The House was adjourned 20 days before the scheduled date. While the Opposition demanded ouster of MoS (Home) Dibya Shankar Mishra from the Cabinet for his alleged links with prime accused in Mamita Murder case Govind Sahu, the BJD stood firm behind the Minister. The Opposition also sought CM Naveen Patnaik’s presence inside the Assembly.

The lathicharge inside the Congress Bhavan today, was the trigger for ending the assembly session as it sent a bad signal and drew flak from all quarters. The Congress was also planning massive protests in and outside the Assembly, protesting this act.

The Youth Congress workers clashed with the police while trying to gherao the Assembly and tried to set the police vehicles afire. The Cops lost patience and chased them into the Congress Bhavan and assaulted them, leading to an outrage.